Mayor Naheed Nenshi said Thursday that results from Calgary’s most recent census give him hope that the city is finally coming out of an economic slump.

“On the net migration number it is absolutely showing signs of the beginning of a recovery because people are optimistic about moving here,” Nenshi told reporters at a media conference on Thursday.

“That’s one important headline that I got from this census.”

The census results indicate 974 people moved to Calgary between April 2016 and April 2017. That’s a bit of good news for a city that saw 6,500 people leave the year before. 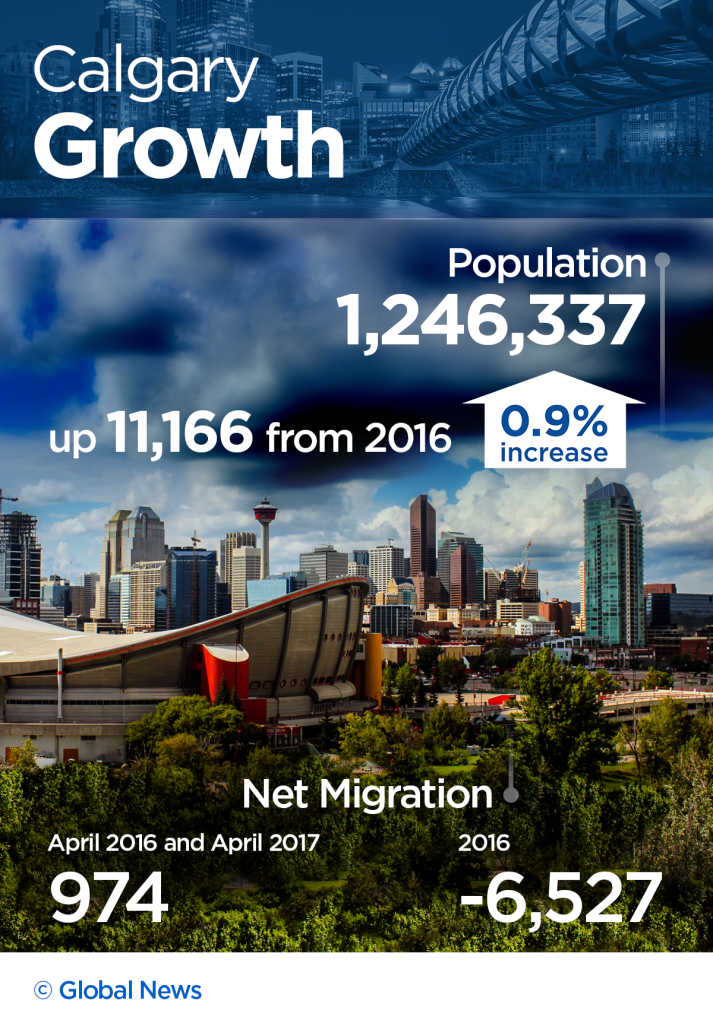 “In the past, we were used to these giant, giant numbers,” Nenshi admitted, speaking about census results from years ago, when the economy was booming. But, he said the current census data is encouraging.

Calgary’s population has now reached 1.24 million, which is an increase of just under one per cent.

The biggest contributing factor was a natural increase of 10,192 births over deaths.

The census also provided a snapshot of Calgary’s housing and rental market, indicating that developers continue to plow ahead with construction despite the sluggish economy. In fact, the number of “housing units” in Calgary increased by 1.44 per cent.

The vacancy rate, however, also increased by about 0.5 per cent.

Nenshi said he continues to watch the real estate market closely for any ‘troubling signs’.

“The worst thing you want to do, is have an unsustainable bubble while unemployment is still high and the economy is going through a recovery, and we’re not seeing any evidence of that now,” he said.

The census illustrates that growth is strongest in new communities, but the mayor said he’s heartened by the fact that established communities are also seeing growth.

Auburn Bay in the southeast was the fastest growing neighbourhood. Its population increased by 1,870 people.

The next largest population increases were in Evanston, in the northwest, and in the southeast community of Legacy. 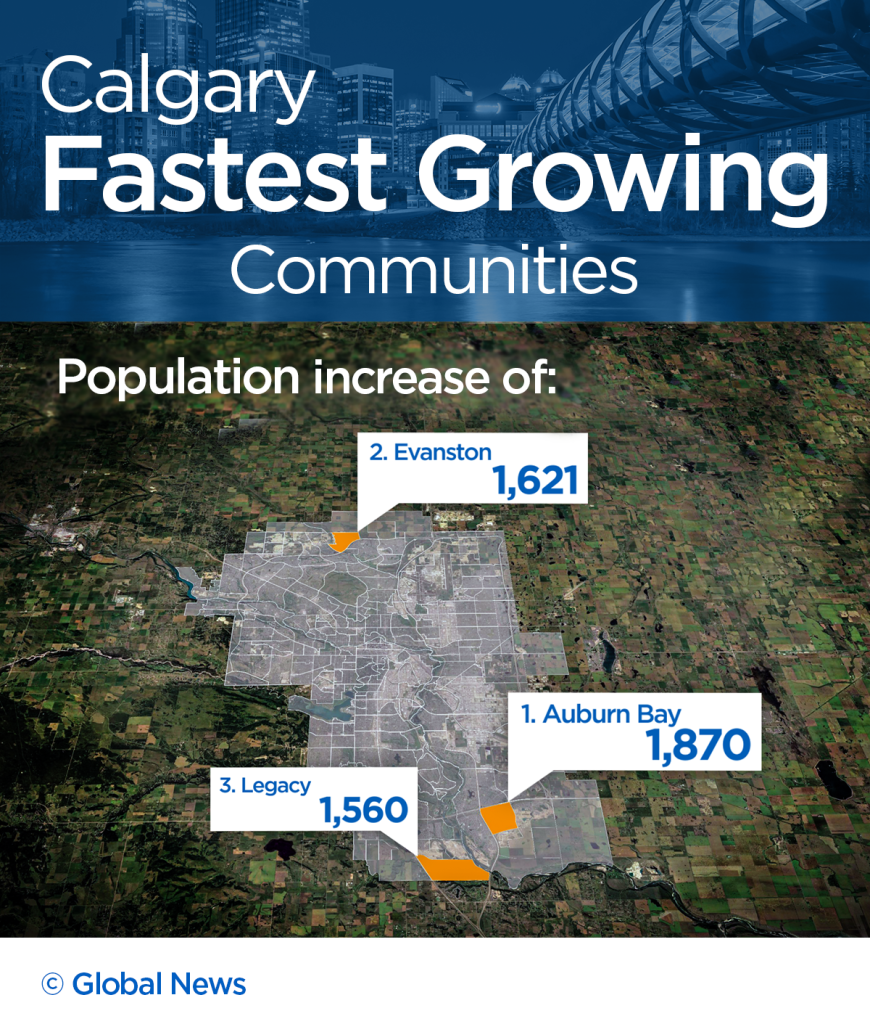 Nenshi said the latest results are a “big departure from the past” where population growth was exploding all over the city.

“It is important, I think, for us to keep in mind… the absolute importance of city council continuing to look at its growth management policies and ensure that we are building growth in ways that our infrastructure can support,” he said.

Nenshi said if the economic slowdown has had one silver lining, it is that the slower pace of population growth has allowed Calgary to “catch up” when it comes to building important infrastructure.

“We’ve really struggled keeping up with building that infrastructure, and so it really has been an opportunity over the last couple of years, while people are unemployed and while construction costs are low, to build stuff we really need.”

The Calgary civic census covers the period from April 2016 to April 2017. The city used tablet computers and an online portal to collect data from 177,698 housholds. That’s an increase of 79.77 per cent from the year before, when 98,849 people participated.