PENTICTON – It was a lethal combination of ecstasy (MDMA) and alcohol that killed a Leduc, Alberta woman at a Penticton music festival.

A Coroners Service investigation has revealed Lynn Lorraine Tolocka, 23, was having seizures on the grounds of the Boonstock Music Festival on the night of August 1st, 2014 and was taken to the first-aid tent.

When BC Ambulance Service paramedics arrived, Tolocka was cool and clammy with decreased blood pressure and a pulse of 148.

While on the way to hospital she went into cardiac arrest. 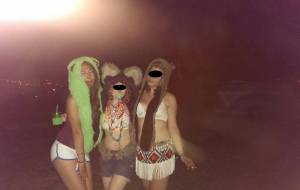 Tolocka’s birthday was August 3rd and she reportedly told friends she bought the ecstasy as part of the weekend celebration.

Toxicology testing showed a blood alcohol level of .21 per cent and an ecstasy level where lethal outcomes have been reported.

Coroner Margaret Janzen classified Tolocka’s death as accidental and made no recommendations.