It was May of 1914 when Archibald Dingman struck oil for the first time in Alberta sending a gusher into the air. “We are only at the beginning” he declared, starting the industry that would build the province.

Now, more than 100 years later over 400,000 oil and gas wells have been drilled across Alberta.

16×9 mapped out all the wells using data from the Alberta Energy Regulator.

There are almost 170,000 inactive wells across Alberta, based on license status counts. The “inactive” life of a well begins after a well hasn’t produced anything for up to 12 months.

After that, the province says it must be suspended or safely turned off. A company can then decide to abandon the well which means removing the wellhead and pouring cement down to seal it shut and prevent any leaks.

READ MORE: When the oil stops: 16×9 takes a closer look at old wells in Canada

Finally the company must reclaim the site and restore the land. 16×9 categorized wells as “inactive” or not currently producing oil or gas if their license status was listed as abandoned or suspended. 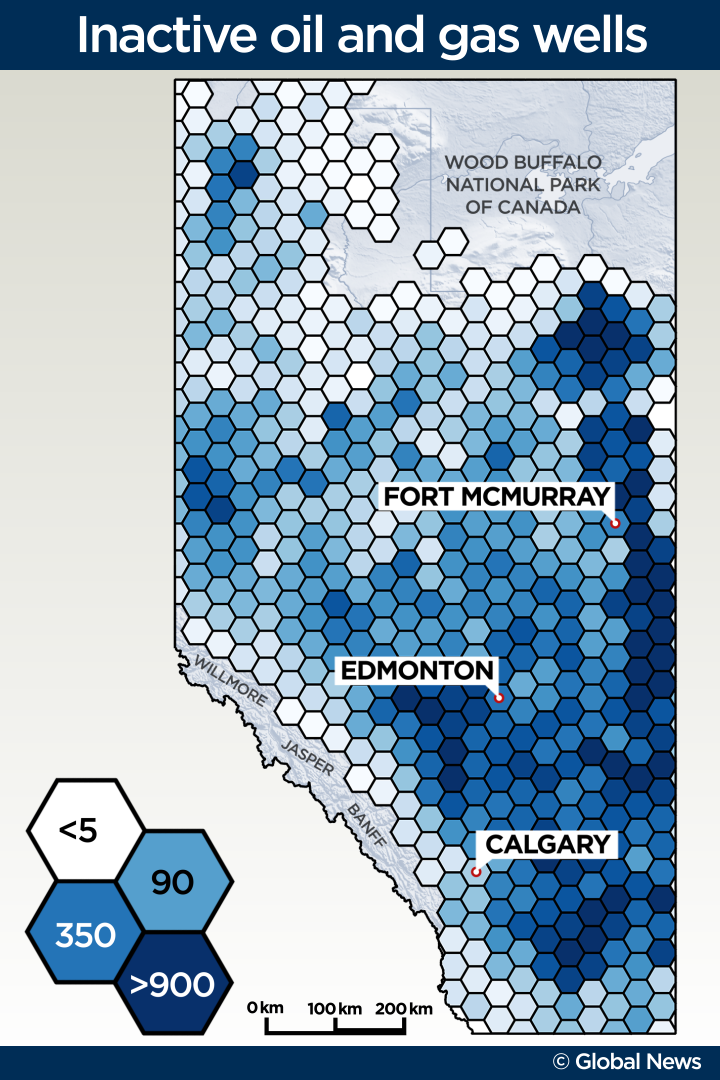 There are approximately 300,000 active wells across Alberta, based on license status. The “active” life of a well begins when it is given a license to operate and the company begins drilling.

Then the oil is extracted and sold to market. Wells are categorized as “active” or producing if their license is listed as issued, amended or re-entered. 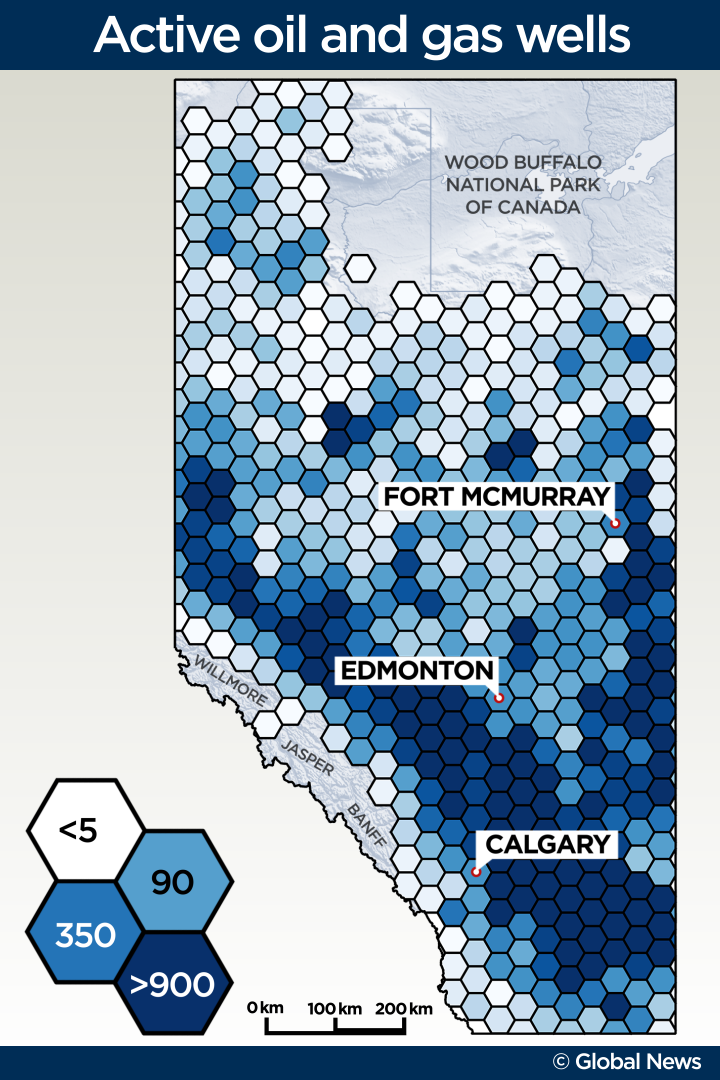 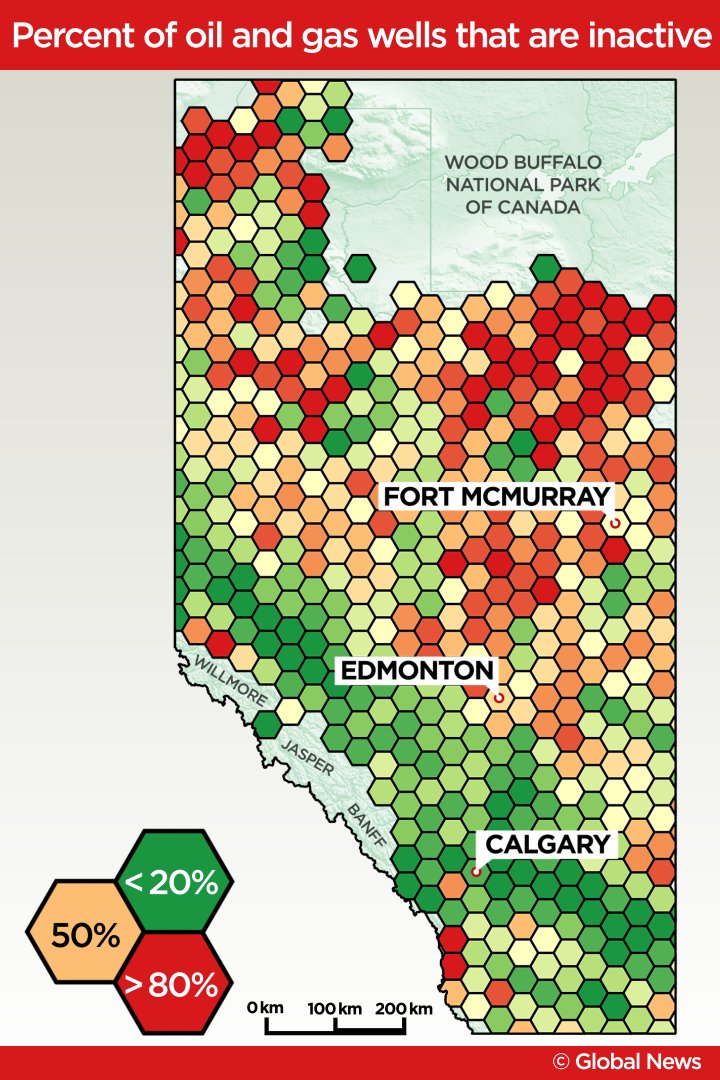