HALIFAX – Work began in Halifax on Thursday to ensure Canada’s most recent war, the Afghanistan War, is never forgotten.

The words “And in Afghanistan” are being added to the war memorial that sits in Grand Parade.

The current inscription reads “In the city archives are treasured the names of thirteen hundred and sixty men and women whose sacrifice is perpetuated by this memorial. Also in memory of those who died in the Second World War and in Korea, 1950-1953”. Soon the words “and in Afghanistan” will be added to the cenotaph. 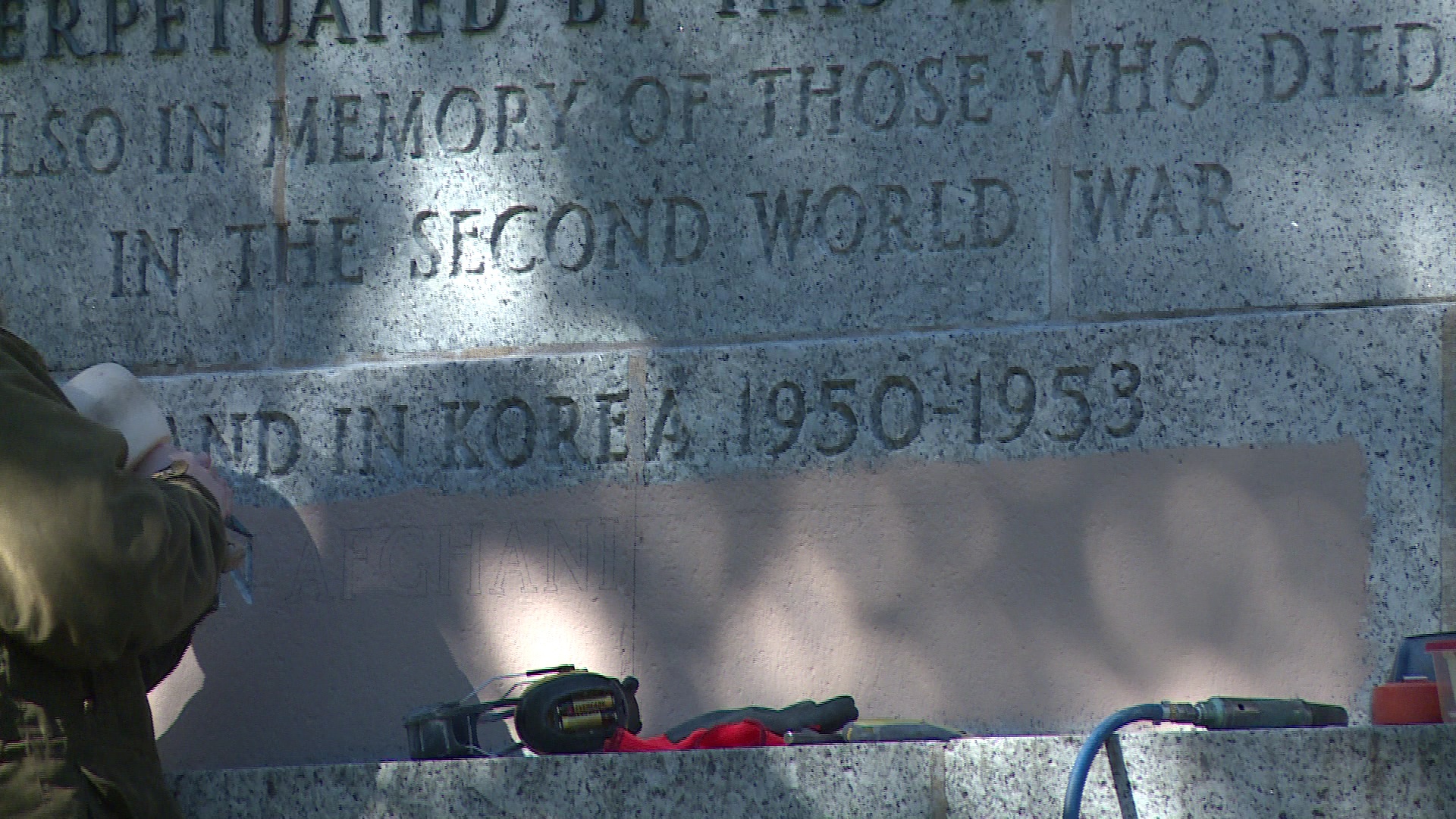 “It’s part of our history now,” she said.

“Halifax is such a military community. I’m sure everyone knows or knows of someone that’s been in Afghanistan. It has such a huge impact on our city. It’s a great tribute.”

Blake said she hopes the conflict in Afghanistan is not forgotten.

“I think it’s important they are recognized. I think we shouldn’t forget and we should thank them and honour them in every way we can,” she said.

“I know that the families are always grateful when anyone is remembered and when Afghanistan is put along the same lines as the rest of the wars and not just called a mission. We lost a lot of sailors and soldiers and I’m glad they’re remembered too.”

From idea to reality

The motion to add the Afghanistan War to the cenotaph came from councillor Waye Mason last year.

“World War One certainly and increasingly World War Two are passing into history. This is a fresh conflict. The young school-aged children and families of people who fell in Afghanistan are still here in Halifax right now and still grieving. I think it’s still a current concern for the community,” he said.

The work is expected to be completed within a couple days.

Mason said he expects there will be mixed feelings towards the new addition at the upcoming Remembrance Day ceremony, which draws thousands of people to Grand Parade.

“I think people will be happy to see the city took care of, memorializing those people, but I think obviously people are going to be sad. It’s sad that in our lifetime there was another conflict that took the lives of so many Canadians,” he said.

Upgrades are currently being made to the memorial at Sullivan’s Pond in Dartmouth. Mason’s motion also states all other municipally-owned cenotaphs will be renovated as well but there is no timeline on when that will be completed.