If mental health help is there, why aren’t soldiers getting it? 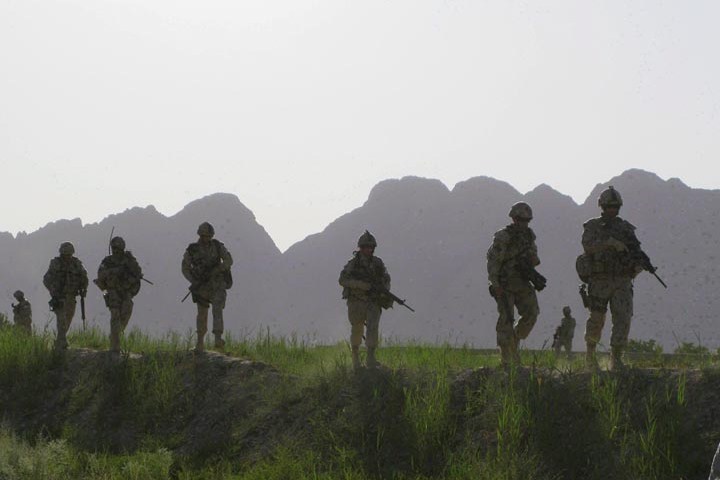 Canadian soldiers patrol an area in the Dand district of southern Afghanistan on Sunday, June 7, 2009.

Many of the soldiers Global News spoke with faced hurdles accessing help for their illnesses in times of crisis.

But the Canadian Forces insists help is available.

So where’s the disconnect?

Col. Rakesh Jetly, a senior psychiatrist and mental health advisor to the Canadian Forces’ surgeon general, thinks headlines about the military’s struggles are at least partly to blame.

“If you portray it as broken and inadequate, what you’re doing is … you’re giving the message to the soldiers and their families that need the care that they shouldn’t bother. That’s doing harm to people.”

He thinks soldiers may decide against reaching out for assistance once they hear how inadequate the system is. According to anecdotal reports that Jetly’s heard, it’s already happened.

He also cites “contagion” – the theory that news articles about suicide drive depressed people to kill themselves.

In some cases, sensationalized stories with details of suicide method have resulted in more suicides using that method, but not necessarily more suicides overall.

The theory, which for years kept journalists quiet and suicide out of the news, has been widely disputed; some mental health professionals argue it makes more sense to get depression, PTSD and suicide out in the open and demystify them in order to reduce the stigma that prevents people from getting help.

Jetly wants soldiers and their families to know that help is readily available and they shouldn’t suffer alone.

“Unfortunately the way the world is set up, nobody is going to knock on every house to try to find you. You have to reach out and raise your hand and access the programs,” Jetly said.

He says that depression, post-traumatic stress disorder, and substance abuse issues — the three most common mental health ailments in the military — presents the same among soldiers as civilians.

The reasons why Canadians don’t step forward for help are the same, too, he said.

Sometimes, soldiers don’t even know they have a problem. They could be tired and irritable but chalk it up to aging, for example. In one interview, a veteran told Global News he was getting to sleep for years with the help of Nyquil, not even realizing he was living with PTSD. Canadian troops in Afghanistan took down the Maple Leaf flag in Kabul on March 12, 2014.

Just like everyday Canadians juggling jobs and their personal lives, soldiers could be strapped for time.

Or they just try to tough it out.

“Soldiers are trained to be tough,” Allison Crawford says. “It’s the military’s own culture and there could be elements of that culture that perpetuate this.”

Crawford is a psychiatrist, University of Toronto professor and Centre for Addiction and Mental Health researcher who spent time in Afghanistan observing the mental health programs in place for military personnel there.

Governments and organizations may come up with assistance programs, she said, but they aren’t identifying ways to get the help to those who need it. Peer support could play a big role in this — soldiers may be more likely to open up to veterans who have been in their shoes, and know how they’re feeling, Crawford notes.

Is help there when you need it?

In an interview with Global News, one soldier said he only received help after saying he was a danger to others.

Jetly said he can’t comment on specific cases, but that assistance is always available.

In Petawawa, for example, there are 34 health professionals for up to 6,000 soldiers on base — 14 social workers, four to five mental health nurses, about three psychiatrists, another four psychologists, a chaplain trained in counselling and a handful of administrative personnel.

“For a population that large, the entire town of Pembroke isn’t going to have that much in terms of mental health available to them,” he said.

(Jetly says Canada has the highest ratio of mental health professionals to soldiers of all NATO countries.)

In Afghanistan, he said, mental health personnel varied from mission to mission but there’d be at least five professionals on hand for about 2,700 soldiers. He said that in theatre, there was a zero wait time to get initial help from a doctor.

“If you’re in crisis and you need to speak to somebody, it’s the same day,” he said.

If you are waiting for a specialist appointment — like an assessment for PTSD — your wait time is usually in the order of weeks. If your situation escalates and you need “urgent” help, you’d move up the list, Jetly said, but for the most part, wait times for specialist care are on par with the rest of Canada. A former Canadian soldier rests during an operation on March 23, 2010 in Panjwaii, Afghanistan.

Last May, the Diagnostic and Statistical Manual of Mental Disorders — dubbed as the bible for mental health professionals — had a major rewrite. The editors reshaped the criteria for PTSD and Crawford is certain it’s because of soldiers.

In the past, to fall under a PTSD diagnosis, victims would have to exhibit an immediate emotional reaction to the initial trauma – they’d be terrorized or in horror, an instantaneous shock.

“That piece has been taken out, which is a big thing. Some people don’t have reactions at the time, and that applies to soldiers,” she said.

Ultimately, PTSD was reclassified so it was no longer an anxiety but a stress-related disorder connected to an external event.

People with PTSD go through flashbacks, such as nightmares; their bodies are hyper-aroused and easily startled; they have problems with sleeping, suffer from mood disorders, anger and irritability.

Those with PTSD have a way of remembering in the body, most times in a way that isn’t fully processed. Research has linked PTSD with strong neurological pathways that process emotion and shape memories, Crawford said.

Soldiers are trained to respond to stressful situations. Jetly likens their tactics to those of an Olympic athlete: They’re both taught to control their breathing, visualize what to do, feed themselves words of encouragement.

Those skills are put to work in situations that may cause PTSD. If, for example, a soldier with a convoy saw his colleagues blown up in a vehicle in front of him, his training would kick in.

They secure the perimeter; make sure the wounded are taken care of. There is no time to process what’s just happened. But the memory lingers.

“Sometimes these traumatic events will leave a strong imprint and you remember them too well. They start to come back in terms of intrusive thoughts … you might get triggered by it,” Jetly explained.

The warfare experience has also changed: Jetly recalls peacekeeping missions where soldiers would be witnesses, sometimes completely unarmed. The Afghan mission wasn’t like that, by any means.

“You don’t have the rules stopping you, you’re in a full out war with people. In our recent memory, there’s traumatic loss of colleagues, deaths from IED attacks,” Jetly said.

The ‘hardest job in the world’ Jetly could not provide numbers linked to MacKay’s promise to hire more staff.

“We’re competing with the whole rest of society for highly sought-out positions,” Jetly said. The focus is on recruiting at conferences and seeking out professionals straight out of school.

“I think about the people who are doing the hardest job in the world, sitting day in and day out three feet away from people who are suffering and reducing their suffering,” Jetly said.

Crawford said that more than 80 per cent of the time, soldiers have more than one diagnosis. Depression often intersects with PTSD and substance abuse — the three most common ailments.

But the symptoms can go away and it doesn’t have to be a lifelong struggle. A third of people who experience a traumatic event can get better within a year, a third have some improvement within a few years and the last third could have chronic issues beyond a decade.

At that point, treatment shifts to managing symptoms in daily life.

When a suicide occurs within the military, a team is dispatched to investigate what had transpired, “like a crash investigation,” Jetly said. There are common themes: a psychological illness paired with a crisis – sometimes personal, financial, legal.

“It actually is incredibly similar to what happens in the civilian world,” he said. Each year, about 4,000 suicides occur in Canada — Jetly pegs about 15 of them as Canadian Forces members.

Since 1996, when the military began carefully monitoring suicide rates, Jetly said Canadian Forces’ numbers have always been at or below the civilian rate.

But there is always help, Jetly said.

“I’m saddened if that’s their reality,” he said. “There’s an incredibly grateful nation out there.”