“I lost my kids, my marriage went down the drain, I went bankrupt, lost everything that I had.” 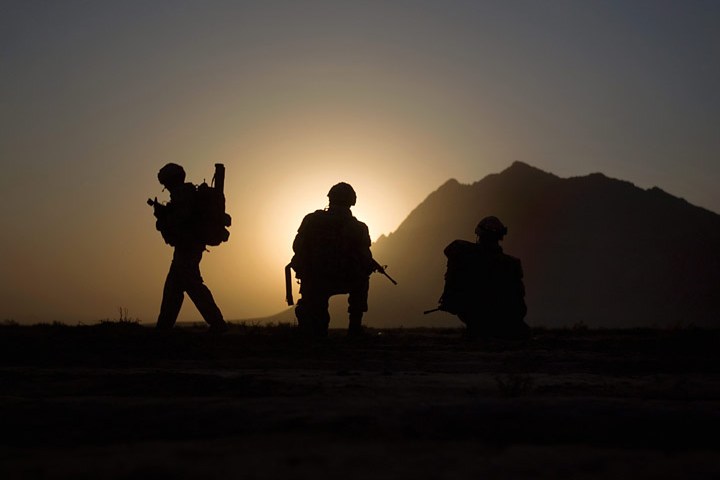 One soldier made it home from Afghanistan only to face a brand new battle.

The soldier agreed to speak to Global News on the condition he would remain anonymous. He is one of many soldiers who have grown up, from private to sergeant, in the shadow of the Afghan war.

“We all signed the dotted line,” he said. “We all knew going over there that we might not come back.”

The sergeant has served in the military for more than 17 years, with multiple tours in Afghanistan. He was recently diagnosed with post-traumatic stress disorder (PTSD).

His experience seeking help for the disorder at CFB Petawawa, he says, shows a lack of empathy within the chain of command for those who are struggling.

“When you’re over there, when you’re at the ramp ceremonies, loading coffins into the planes, it takes its toll on you, especially when you’re close to these people,” he said. “Now we’re back in Canada and it’s still going on. I just feel that a lot of the higher ups turn a blind eye to it.”

“Guys make it back from tour and then they still lose their lives.”

When the sergeant returned to Canada in 2008, his life spiralled as he tried to cope with his mental health.

“I lost my kids, my marriage went down the drain, I went bankrupt, lost everything that I had.”

As he struggled, he felt little support on base. “During that experience, it was still go, go, go within the military,” he said.

“When I started sliding down they just kept kicking.” It felt like they were trying to see how far they could push him, he said. “They didn’t back off.”

He contemplated suicide on three different occasions, but credits his kids for saving his life. “The only thing that kept me around was that I wouldn’t do that to my children. If I didn’t have children, I wouldn’t be here.”

The sergeant tried to get appointments with a psychologist and psychiatrist, but it wasn’t easy.

What he encountered was a cycle of preliminary appointments with half a dozen different medical officers, multiple requests for referrals, visits with social workers, and months and months of waiting.

Finally, one answer to a question about his condition got him in.

“There’s four basic questions,” he said. “Are you suicidal?” He answered no. “Do you have plans to be?” No.

He wasn’t actually homicidal – he was desperate to get help. And he says he had his appointment to see a psychologist and psychiatrist the next day.

But the struggle continued. Once you get an appointment, “they treat you as quickly as they can and you’re back out the door.”

When he tried to book another appointment with a mental health professional, to address issues he says he hadn’t really dealt with yet, he was told he needed another referral, which delayed the process by another few months.

He credits a medical officer on base for helping him. She pushed to get him help and told his command officer that he needed to “back off” the sergeant before he was pushed too far.

“You need somebody there to advocate for you,” he says.

With a physical injury comes a degree of understanding – you can see it, its severity, if it has healed. But a mental injury – hidden from sight – can be dismissed, ignored and misunderstood, said the sergeant.

“As soon as you’re discharged, within six months they expect you to be exactly the same person you were before and nobody is,” he said.

“Nobody will ever be the same person.”

The sergeant says fear is stopping a lot of Forces members struggling with mental health from speaking up.

“People aren’t going to talk to you because they fear the repercussions.” This fear, he said, is also stopping a lot of people from seeking help from mental health professionals.

For some, it’s the fear of losing their job. Coming forward with mental health issues can have career implications, and many soldiers who were planning on a long military career are afraid they will find themselves suddenly unemployed with a very specific skill set.

He believes that much needs to be done to erase the idea that if you have a mental health problem, “you’re weak.”

“The Canadian public, I think, for the most part they support us. They love their military,” he said.

“And if they knew how we were treated, through the lack of mental health, the waiting times that we wait to get in, I feel they’d be outraged.”

Since first speaking to Global News, the sergeant’s situation has improved: He now has weekly appointments with a medical officer and social worker that specializes in PTSD therapy. And he said he’s going back to high school to improve his grades, so once his time with the Forces is done, he’ll have a plan.

By: Heather Loney, Global News, with files from Bryan Mullan