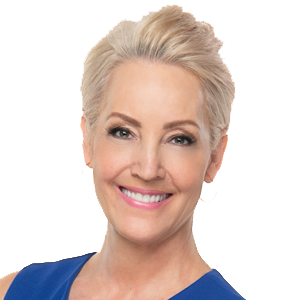 The show offers a new outlook on news programming that meshes the award-winning journalism of Lynda Steele. We’ve got more than just your daily news updates. Steele will report on the biggest headlines of the day while offering conversational insight into the issues making waves in Metro Vancouver.

Life long news junkie and proud graduate of BCIT’s Broadcast Journalism program, Lynda was previously host of the consumer/investigative segment Steele On Your Side on CTV Vancouver.

Her career began at CKVU-TV in Vancouver, then moved to CITV-TV Edmonton, CBC Edmonton and Global Edmonton, where she was 6pm anchor for 17 years before moving back to the West Coast in 2011.

Lynda was also a bi-weekly lifestyles columnist for the Edmonton Journal newspaper.

Lynda has been repeatedly honoured and recognized for her work including receiving the Canadian Professional Television Associations’ (CANPRO) Gold Award for Best Feature Reporting in Canada, RTDNA award for continuous coverage involving investigative consumer series, the Western Association of Broadcasters, Broadcaster of the Year, YWCA Woman of Distinction for Community Service and the Canadian Association of Broadcasters (CAB) Outstanding Community Service Award for community involvement and extraordinary leadership. 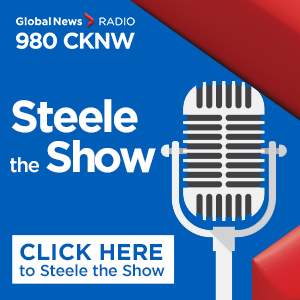 “Everybody wants it to be black and white and it’s not,” said Dr. Bonnie Henry.

Here’s what B.C. youth have to say about the province’s coronavirus spike

Recent modelling shows people younger than 39 have led the province’s recent surge in COVID-19 cases. Here’s what they have to say about the situation.

The comments come after the Vancouver Park Board amended its bylaws to allow the homeless to shelter in parks overnight, provided they pack up in the morning.

“We’re gravely concerned that people are going to be forced into euthanizing themselves because there’s no palliative care facilities.”

“We’re at war. It’s as simple as that. We’re at war and it’s time to respect our enemy,'” Bublé told CKNW Radio.

Coquitlam Coun. Teri Towner is getting her Class 4 licence in order to be a rideshare driver, but she says she thinks the process will discourage others.

Port Coquitlam appears set to join New Westminster in targeting landlords who use so-called “renovictions” to kick tenants out and jack up rents.

“It happened not once, but twice at the same event, where cars struck what is actually a very large hose in the case of what Vancouver uses, a very large yellow hose.”

Maple Ridge firefighters called out to Golden Ears Park after "Rex" slipped into the water and ended up in a spot t… twitter.com/i/web/status/1…

Bella Jones, 17, died last week in Nanaimo, the second youth to die of a suspected overdose on Vancouver Island in… twitter.com/i/web/status/1…

The Wildlife Rescue Centre at Burnaby Lake says it saw more than 500 birds brought in last month — an increase of 7… twitter.com/i/web/status/1…