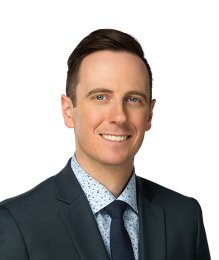 Based in Edmonton, Tom Vernon is the Provincial Affairs reporter for Global News in Alberta.

Tom started his broadcasting career in the radio industry, first as a creative writer/producer for Big Country 93.1 FM in Grande Prairie, moving into the newsroom there in 2004. In 2008, Tom moved to Regina and worked as a reporter for 620 CKRM before joining Global Regina that September.

In January 2013, Tom travelled to Sierra Leone as part of the Shaw Africa Project with Journalists for Human Rights. The trip gave him a chance to mentor young radio journalists in the capital Freetown, while reporting on economic development challenges facing the country for Global News.

Tom joined the team at Global Edmonton in August 2013. He is a two-time national RTDNA Award recipient.