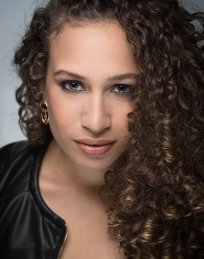 Shakti was born in the small town of St-Armand, Que. As a child, she spent most of her summers with her mother in Guatemala, which was still in post-civil war turmoil at the time.

Growing up in two very different environments taught her to easily adapt to rapid change — now one of her most valuable tools as a reporter.

Shakti moved to Toronto at 18 years old, where she lived for five years.

She returned to Montreal to complete a Bachelor of Arts in journalism at Concordia University, with a minor in human rights.

During her time at Concordia, Shakti enjoyed her position as a teaching assistant for the radio newsroom class. She was also the editor-in-chief of Her Campus, an online magazine.

In her final year, Shakti completed a summer internship at Global News Montreal, before being hired as a freelance photojournalist in April 2019.

Her passion for traveling has taken her to over 40 countries — and counting.

When she is not reporting for Global News, Shakti enjoys roaming the busy streets of New York City and dancing samba at Brazilian parades.