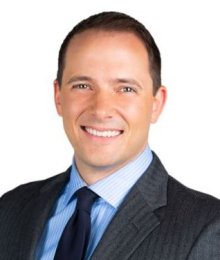 Mike Koncan joined Global Winnipeg as a weather specialist in 2012.

Koncan has dabbled in everything from sports programming to comedy. His resume includes working for broadcasters as diverse as the Home Shopping Network and Rogers TV.

He got a taste of broadcasting on the campus radio and television stations at Brock University in Ontario. He knew he wanted more and attended Ryerson University, focusing on television. He is currently pursuing a Meteorology Certificate at Mississippi State University.

Koncan has done stories from gliding in Gimli to fishing on the Red. He’s also had some fun run-ins with “local” wildlife when an emu interrupted a live weather hit. While the show has had a lot of memorable moments, the biggest highlight so far has been his appearance in Jimmy Fallon’s monologue on The Tonight Show.

He has family and memories in Winnipeg, including seeing Gretzky play against the ‘old’ Winnipeg Jets at the old Winnipeg arena. He has very much enjoyed the NHL’s return to the city, the timing couldn’t have been better.

Pierre-Luc Dubois and Paul Stastny were the heroes as the Jets beat the Habs Thursday night. trib.al/opRvyfB

A Winnipeg man is facing multiple charges after police say they found a trove of guns and ammunition at a home in t… twitter.com/i/web/status/1…

The Manitoba government is planning to extend its ban on smoking in indoor public places to First Nations communiti… twitter.com/i/web/status/1…