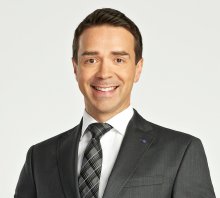 Jeff Semple is a senior correspondent with Global National News in Toronto. Before moving home to Canada in 2019, Jeff spent six years based in London, U.K. as the Europe Bureau Chief for Global News and previously worked as a correspondent and video journalist for CBC News.

Jeff has reported from more than 30 countries across five continents, covering terrorist attacks in Europe, the refugee crisis in the Middle East and the Olympic Games in Russia, Brazil and South Korea. He has filed from the frontlines of the fight against ISIS in Iraq, the United Nations’ deadliest mission in Mali, West Africa, and was recently deployed to Taliban-controlled Afghanistan.

From the first days of the COVID-19 pandemic, Jeff reported from inside overwhelmed hospitals in both Canada and the United States. For his coverage of the pandemic, he was nominated for Best National Reporter by the Academy of Canadian Cinema & Television in 2021. His reports have also been recognized by the Radio Television Digital News Association, the Canadian Medical Association, the Canadian Online Publishing Awards and Apple Podcasts. His stories have appeared on the BBC, CNN, Sky News, NPR and ABC.

Jeff is a regular backfill anchor for Global National and is the host of the popular ‘Rising‘ podcast series, which was the #1 podcast in Canada on iTunes in 2019. Jeff has also forged a reputation as one of Canada’s top multimedia video-journalists, shooting and editing his own reports.

Jeff is an avid drummer and is constantly resisting the urge to tap and drum on just about everything.