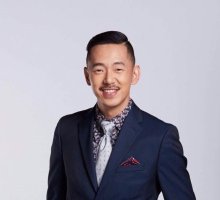 Born in Seoul but raised in Vancouver, Jawn Jang has been in radio since 2013.

He is a graduate from the Radio Broadcasting program at BCIT.

Jang began his radio career in large and small markets on FM radio before debuting on AM radio as a sports talk host in 2017.

In addition to hosting The Weekend Shift, he is a regular contributor on-air at 980 CKNW in Vancouver with The Mike Smyth Show and The Jill Bennett Show.

When he’s not on the air, you can usually find Jawn in front of a screen watching hockey or football. He’s never shy in sharing his hot sports takes and is always open to a friendly debate.

10 years later: The Vancouver riot kissing couple is still together

In an attempt to get home the night of the riot, the couple ran into a group of Vancouver police officers, some in riot gear, and ended up being knocked down by the police.

It was a three-day battle between the communist forces of North Korea and China and the United Nations forces of South Korea, the U.S., the U.K., Canada, Australia and New Zealand.

Although Canadians have grown accustomed to being extra-cautious when it comes to physical health, the mental health aspects of the COVID-19 pandemic are often overlooked.

ICYMI: A family in Chetwynd, B.C. finally figured out why their tetherball pole kept getting knocked over in recent… twitter.com/i/web/status/1…

ICYMI: Drone footage provided by the Department of Fisheries shows a right whale swimming off the coast of Haida Gw… twitter.com/i/web/status/1…