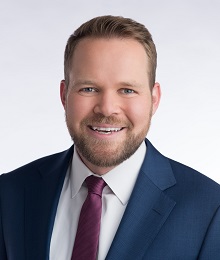 His expansive reporting career has taken him from earthquake-devastated Nepal, to flooding in Southern Alberta, to hurricane relief missions in the Caribbean and even the royal wedding in London.

Prior to joining Global National in 2014, Jackson was on the front lines of Toronto’s biggest news stories. Covering the City Hall beat, he asked Mayor Rob Ford the tough question that led to his confession of having used crack cocaine, sparking an international media frenzy.

He has put his love of investigative journalism to work with Global News, helping to uncover serious structural flaws with Toronto’s elevated Gardiner Expressway, prompting a city-wide debate about the future of the road. At Global’s current affairs show 16X9, Jackson worked on a documentary that examined a widely-used pesticide that is suspected of harming honey bees. Use of the pesticide has since been heavily restricted by the Ontario government.

Jackson entered the broadcast industry while still in high school, reporting for Shaw TV Calgary. In 2004, he graduated from the University of Calgary with a Bachelors degree in Communication Studies and later earned a diploma in Broadcast Journalism from Southern Alberta Institute of Technology (SAIT).

After graduating, Jackson joined Global Lethbridge as a reporter and weekend anchor. He then made the jump to Ontario in 2005, moving to CHCH-TV in Hamilton as a reporter and videographer, later joining the Global Toronto team in 2006.