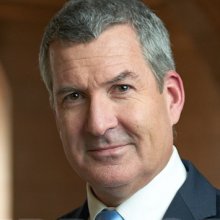 Award-winning journalist David Akin covers Canadian federal and electoral politics and is currently Chief Political Correspondent for Global News where his work is featured on Global National, on Global News programs across the country, on Corus Radio stations and at Globalnews.ca.

Akin’s reporting has literally taken him around the world. He has covered Canadian politicians at G7 and G20 summits in St. Petersburg, Russia, Perth, Australia; Kampala, Uganda, and Seoul, South Korea. He has also reported from Tahrir Square during the Arab Spring of 2011; from post 9/11 terror trials at Guantanamo Bay, Cuba; and was in Rome in 2013 to cover the election of Pope Francis.

He has covered 19 federal and provincial elections.

In his 35-year journalism career, Akin has been a member of the inaugural staff of the National Post, was a contributing writer for The Globe and Mail, and served as Parliamentary Bureau Chief for Sun Media. He has also been a parliamentary correspondent for CTV National News.

He has long been one of Canada’s journalism pioneers when it comes to exploring ways to use digital and social media as well as computer-assisted tools for newsgathering and publishing.

Akin received the 2017 National Newspaper Award for political reporting for breaking the news about Prime Minister Justin Trudeau’s 2017 Christmas holiday at the Aga Khan’s island in the Bahamas, a series of stories that led to Trudeau becoming the first prime minister in history to have been found to have broken a federal statute. Akin is also the recipient of a Gemini Award (now known as the Canadian Screen Awards) for his television reporting.

Akin was born in Montreal and studied history at the University of Guelph. He lives near Ottawa with his wife and two children and enjoys cross-country skiing, golf, and collecting Canadian stamps.