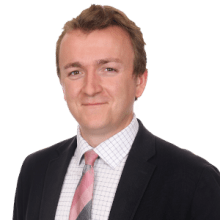 After finding a meeting point for his love of writing and photography in TV journalism, he enrolled in NAIT’s Television Broadcasting program in 2014.

Following stints with CityNews Edmonton and the CKUA Radio Network, Connor hauled all of his possessions across the Prairies to the Queen City. Since then, he’s been eager to find out what makes Regina and southern Saskatchewan tick while slowly being converted into a Riders fan.

When not on the clock, Connor enjoys hiking, biking, and general meandering in the great outdoors. He also loves travel, a highlight of doing so being his 2014 trip through Nepal to Everest base camp with two of his childhood friends.

He’s excited to hit the road again once the pandemic subsides, and can’t to give his globe the old spin-and-point to find out where he’s headed for his next big adventure.

While his CFL loyalties may be flexible, his sporting roots will, of course, remain attached to the Edmonton Oilers.