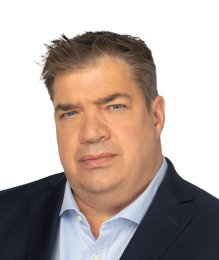 Born and raised in Edmonton, Bob played competitive hockey for both the Strathcona Warriors and the South Side Athletic Club and spent 13 seasons as the play-by-play voice for the University of Alberta Golden Bears hockey and football teams, calling six CIS University Cup national hockey championships.

Bob served as the communications officer and broadcast director for the University of Alberta’s Department of Athletics for eight seasons. Bob lives in Edmonton with his wife, Kathleen, and children, Torrie and Hudson.