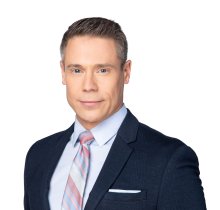 A veteran reporter and video-journalist, Antony brings a wealth of experience with him as Anchor of Global News Morning. Having worked with Global News for more than seven years, Robart has covered several major local, national and international stories throughout his career.

Born in Halifax and raised in Regina, Robart graduated from McGill University in Montreal before moving to Washington, D.C., to study at American University. Robart began his broadcasting career at ABC News’ Washington Bureau, working alongside White House Correspondent Sam Donaldson. Later moving to CBC News in Toronto, Robart worked his way up from Editorial Assistant to become a reporter and video-journalist.

Robart fed his love of travelling by moving to Paris, France, where he lived for close to two years. It is there where he worked as a reporter with Radio France International and as a producer/videographer with CNBC Europe. In 2004, Robart moved back home to become a reporter and anchor for Global Toronto, before landing a position as Global News at 11 anchor.

Highlights of Robart’s coverage with Global News include reporting live on the ground from Haiti just a day after the January 2010 earthquake struck the impoverished country, as well as numerous election campaigns.

Robart frequently speaks to students as a guest lecturer and is involved in a number of charity organizations. He enjoys running, skiing, golfing, and most of all, spending time with his family.