With 11 wins in their last 13 games, a lot has been clicking for the Edmonton Oilers lately.

They’ve been getting great goaltending and secondary scoring as they’ve recovered from a 3-6 start to sit at 14-8.

“I think our approach has stayed pretty even keel over the course of the season,” said defenceman Darnell Nurse. “But with that said, when you start to put games together and win different ways as we have over that stretch, it creates confidence within the group.”

On Thursday, the Oilers went 2 for 5 on the power play to beat Vancouver 3-0. The power play, one of the best in NHL history last season, has started to soar again.

In the first nine games of the season, the Oilers were able to score a goal 20 per cent of the time when they had a man advantage. Since then, they’ve scored on 32.6 per cent of their power plays.

Oilers defenceman Tyson Barrie has produced nine points manning the point on the power play, but lately, Nurse has also stepped into that spot.

“Probably two-thirds of the time we’re going to roll out Tyson. One-third of the the time, we’re going to roll out Doc (Nurse),” said assistant coach Glen Gulutzan. “When you’re playing these little mini-series, it’s good to have another option. It’s like a little tool in your toolbelt so you’re not as predictable. Teams do such a good job pre-scouting from one night to the next.

“Our game plan going into the season — right from training camp — was to have Doc involved in that power play for that reason.”

“The power-play unit is very lethal, especially when Tyson is up there running it. If they need me to step in, I feel very confident in my ability to play up there and contribute.”

On Thursday, the power-play goals came from in tight. Forward Alex Chiasson spun and scored in the second period while winger Jesse Puljujarvi deposited a rebound in the third.

“Chaser is like a magnet to the puck in front of the net,” Nurse said.

“Jesse has been making the most of his opportunities. He’s a big body down there in front and loves to score goals too. I think he has some of the best facial expressions when he puts the puck in the back of the net. It’s fun to see. Hopefully we see a lot more.”

“Jesse’s kind of been learning a little bit, watching some video and taking a look at the power play,” Gulutzan said.

“If we can get him in there and get him some reps and improve his game around the net, we’re developing another good player there.”

The Oilers take on the Toronto Maple Leafs Saturday night at Rogers Place. The Faceoff Show on 630 CHED is at 3:30 p.m. The game starts at 5 p.m.

Watch below: Some Global News videos about the Edmonton Oilers. 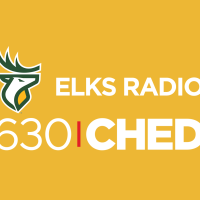