An Australian man used his cellphone as a shield during an alleged bow-and-arrow attack, with the arrow piercing through his mobile device.

According to New South Wales police, a 43-year-old man arrived home on Wednesday to find another man, allegedly armed with a bow and arrow, standing near his property.

The resident, armed only with his cellphone, got out of his vehicle and attempted to record the suspect. 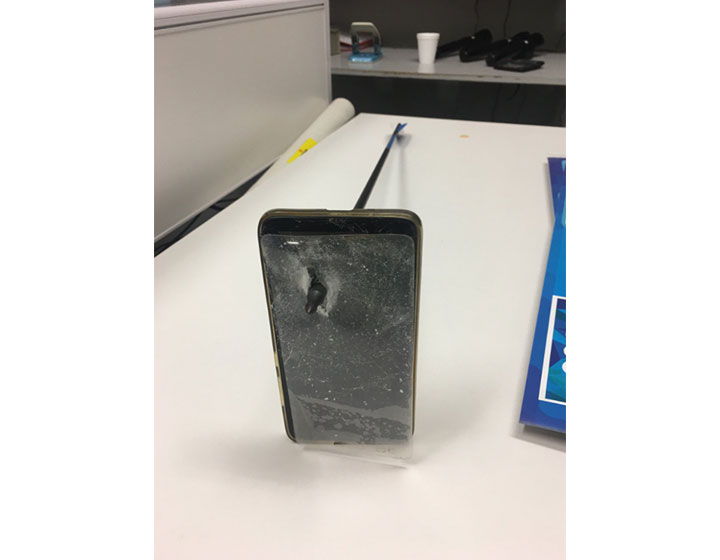 Authorities said the suspect then “engaged the bow and was ready to fire.” Police alleged the suspect shot an arrow at the resident, which pierced through his mobile phone, causing the device to hit him on the chin, leaving a small cut.

Police said the 39-year-old suspect was known to the victim. He was charged with intent to commit an indictable offence, assault causing bodily harm and malicious damage.