Challenging the Wage Gap: How access to childcare is related to the gender wage gap

Nobody said parenting would be easy, but for mother-of-three Reya Carscallen, the parenting struggles went beyond the home.

She was forced to make a tough decision after her maternity leave.

“At the time, Calgary was booming. Childcare was extremely expensive and very hard to find.”

Carscallen decided to leave her job at an energy company in Calgary to take care of her kids. After a few years off, she wanted to get back into the workforce.

She ended up taking a starter position at another energy company and working her way up.

After four months on the job, a manager position opened up that she qualified for with her years of experience. She applied and that’s when she says she was practically laughed out of the office.

“He complimented my outfit and told me I didn’t have to dress up for this and asked me why I applied.”

Years away from work only contribute to inequity in the office. 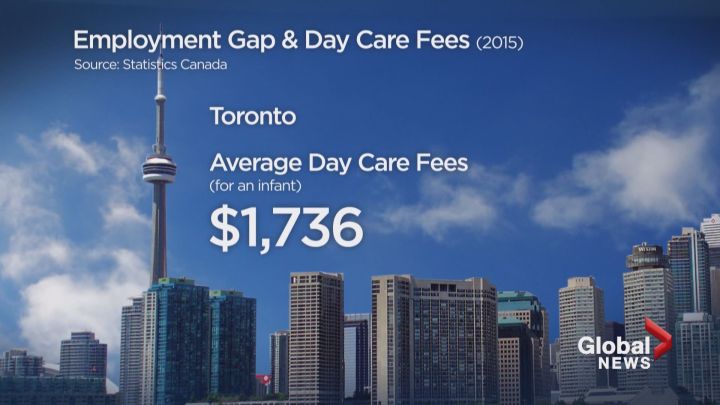 Statistics Canada looked at the link in Canada’s largest cities. Toronto had the highest daycare fees: $1,736 a month for infant daycare in 2015. That city also showed the largest employment gap at 12.6 per cent; where over 86 per cent of men were in the workforce compared to 74 per cent of women. 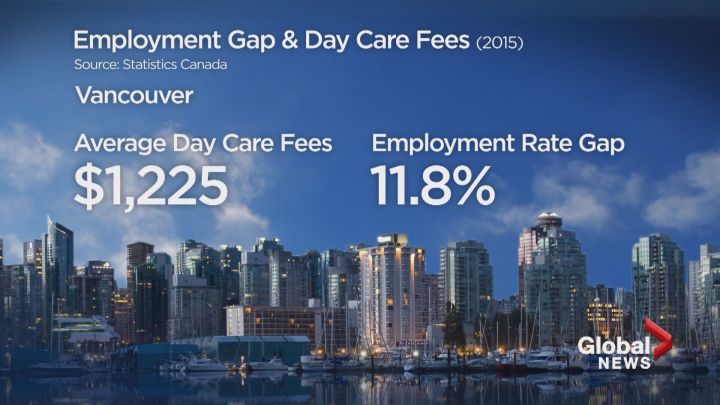 Kathleen Lahey, who has written a number of reports on equal worth for the Parkland Institute, says women at work can drastically boost the economy.

“What produces economic growth is to get more incomes into the hands of more people and that includes women,” she said. “Because they are there, super-well educated, willing and ready to work if they can just get out of the house when they have children. They are poised to take Canada into the next dimension in terms of economic growth, but until that reframing of what causes economic growth clicks with economic planners at the federal level, I think Canada is going to have a hard time moving ahead.” 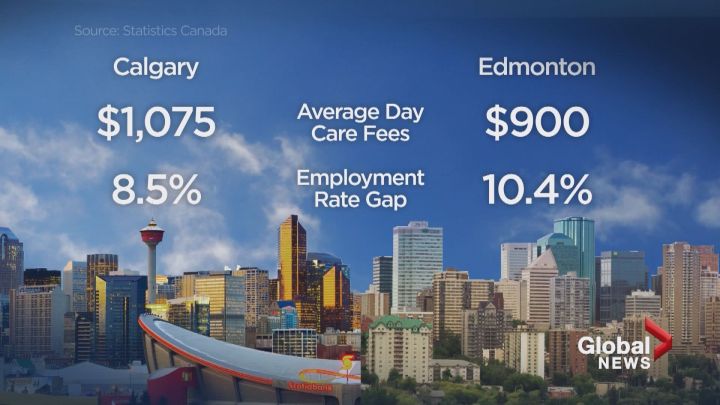 There has been some recent action by the federal government.

In June, it announced $7.5 billion over the next decade to support and create more childcare in the country. It tells Global News more action is coming.

A spokesperson for Minister of Families, Children and Social Development Jean-Yves Duclos says Canada succeeds “when women and girls are given opportunities to succeed.”

“To do so, we will introduce pay equity legislation in 2018, we are putting in place measures to increase female representation in senior management, more grants and loans for working women who want to continue their education and changes that make work hours more flexible,” said Emilie Gauduchon-Campbell, the minister’s press secretary.

Alberta has also taken some action. It is running a $25/ day daycare pilot project it hopes to expand after three years.

Read more on the ‘Alberta disadvantage’ from the Parkland Institute here 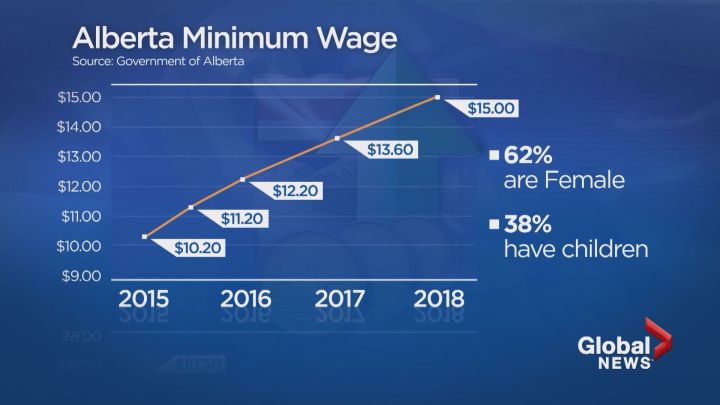 Many parents rely on them and in some cases these nannies are being priced right out of the homes they live and work in, because the families can’t afford to keep them.

Carscallen ended up leaving the corporate world, for now, having started a beauty business called Beauty Envy in her home.

She is happy to be her own boss, but doesn’t forget what pushed her there in the first place.

“I was just done not being taken seriously.”

She hopes change is just around the corner and that her two daughters will see the wage gap as a thing of the past by the time they reach working age.