The University of Calgary said “nothing has materialized” after security staff investigated posters on campus that questioned the number of Jewish Holocaust victims.

The school said about a dozen posters were found on Monday, Feb. 13. They were then removed by students, staff and campus security. 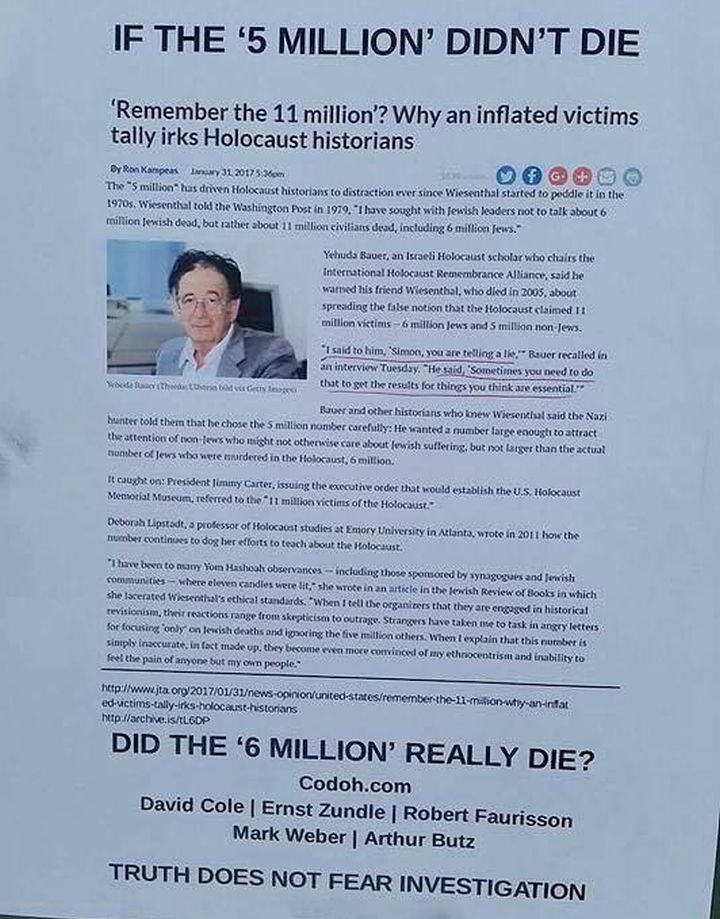 A spokesperson for the Calgary Jewish Federation said it was “clear” the posters promoted Holocaust denial.

“The Holocaust was a real thing,” Jordan Waldman said. “It affected our people and it affected many people and it’s on us to make sure that message keeps going.”

Student Nolan Hill saw the posters and said he didn’t realize what the message was until he saw a post on social media.

“It wasn’t something I expected to see on campus and it’s not something I would like to see on my campus,” Hill said. “I’ve been here now for six years and I really think we have a great and welcoming campus and I would hope these things don’t happen.”

The university said after security’s initial investigation, no further investigation was planned as of Feb. 22.

“Along with a commitment to free inquiry, open debate and diversity of opinion, the university is committed to sustaining a safe, healthy, inclusive and respectful academy that supports excellence in teaching and research,” the school said in a statement to Global News.