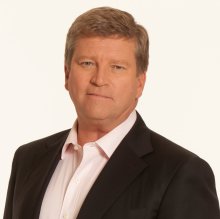 Tom Clark is one of Canada’s most recognized and respected journalists.

For more than 40 years, he has witnessed and written history in Canada and around the world. At home he has interviewed every prime minister since Lester B. Pearson and covered every federal election campaign since 1974.

Besides his permanent postings, Tom has spent much of his career travelling the world, reporting from 33 countries. Tom has reported from six active war zones, most recently from Afghanistan. He was also one of only a handful of journalists who made it into Belgrade to witness the bombing of Yugoslavia. He was in Berlin the night the wall came down, in Moscow’s Red Square when the hammer and sickle was lowered for the last time, and in Tiananmen Square the night the Chinese army attacked.

In 2016, Tom was recognized with a Lifetime Achievement award by the Radio Television and Digital News Association. He also  provided contextual analysis on the most contentious U.S.  election in memory.

Journalism is in Tom’s blood – his great-grandfather, Joseph T. Clark, was editor of Saturday Night and editor-in-chief of the Toronto Star. His grandfather was a reporter with the Star, and his father helped spearhead Canada Newswire. Tom was born in Toronto, is fluently bilingual and spends what little free time he has flying his floatplane in Canada’s north.