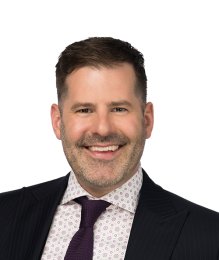 Ryan talks news, politics, and pop culture as host of The Ryan Jespersen Show on Edmonton’s 630 CHED. Recognized as one of Alberta’s 50 Most Influential People by Alberta Venture, and as one of Edmonton’s Top 40 Under 40 on Avenue Magazine’s inaugural list, Ryan has established himself as a next-generation mover and shaker in Alberta’s capital city.

Ryan has extensive experience in media, having worked in newspaper and television (including six years as host of Breakfast Television) before moving to talk radio. He is a sought-after host and emcee, including his work as in-game host during Edmonton Oilers home games at Rogers Place.

Ryan’s community contributions have been recognized by the Alberta Council of Women’s Shelters (Lynda Steele Media Award), the Centre to End All Sexual Exploitation (Men of Honour Award), the Movember Foundation, Canadian Progress Club, the YWCA, and many other non-profit agencies across the province.

Political panel discusses what Albertans are saying about equalization

What are Albertans saying about Wexit?

@Adam_Ramthun Much love from our family to yours. So sorry for your loss. What a courageous young man. ❤️

COMMENTARY: A letter to the ‘undecideds’ — just get out and vote

Just get out and vote, Ryan Jespersen says. ‘If you don’t vote, your reality is being written for you.’ Continue reading →

COMMENTARY: The federal leaders — how well do you know ’em? Learn from Ryan Jespersen’s poem

Canadian voters soon will make a choice, one Ryan describes in his poetry voice. Continue reading →

It makes zero sense to fund a health care system like Canada’s, yet deny a significant portion of the population access to drugs, Ryan Jespersen says. Continue reading →

COMMENTARY: The political science is not settled on climate change

Whether or not bold climate change policies will pay off politically for Canada’s parties remains to be seen, Ryan Jespersen says. Continue reading →

On Friday, Dr. Theresa Tam said it’s too soon to declare a second wave of the COVID-19 pandemic across Canada, but… twitter.com/i/web/status/1…

As the economy reopens, consumers are starting to return to auto showrooms — but finding an electric vehicle may be… twitter.com/i/web/status/1…