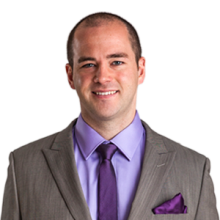 Jeremy Keefe is a former displaced East Coaster now happily back in the Maritimes.

Originally from Halifax, Jeremy moved out west for six years, graduating from SAIT Polytechnic’s Broadcast News program in Calgary before heading to northern BC to get his start in television news. From there he returned to Atlantic Canada, spending two years working for Global New Brunswick in Fredericton.

He enjoys spending time with friends and family and is happy to finally live a lot closer to both.

Jeremy grew up playing lacrosse, football, basketball and hockey but says mixed martial arts is his favourite to watch these days. He also likes video games, his cat Jack, and has become very interested in politics since moving to the New Brunswick and Nova Scotia capitals.

01:55
Canada
Many not satisfied with ‘review’ instead of public inquiry of N.S. shooting

02:01
Canada
Nova Scotia releases plan for students to return to school in September

01:59
Canada
People who work with the most vulnerable confused over self-isolation enforcement

Since the COVID-19 pandemic began the Nova Scotia government has limited discussion with the media and opposition. Those on the other side of the floor say enough is enough.

A waiver sent to St. Francis Xavier University students has been met with concern as the community prepares to return to campus.

Halifax’s annual convention celebrating comics, movies, anime and more has been cancelled due to the novel coronavirus.

Under the exemption, the trio were allowed to travel to the United States for work.

A 61-year-old Middle Sackville man has been charged with a slew of weapons and threat-related charges.

The suspect and victim know each other and the incident was not random, RCMP say.

Wolfville and Acadia prepare for a unique school year

The residents of Gagetown, N.B., have fought to have their ferry service restored since it was eliminated by the provincial government several years back.

Virtual health care has become common during the pandemic, with patients and physicians voicing their support and Maritime provinces working to support its use in the future.

A 34-year-old man has been arrested and charged following a stabbing that left a man with non-life-threatening-injuries.

The driver was charged with stunting after travelling at a speed of 178 km per hour, resulting in a $2,422.50 fine.

Despite ordering the lockdown of Nova Scotia long-term care homes, the province hasn’t mandated the use of masks and personal protective equipment for nursing home staff.

Blood collection has been suspended in Elmsdale, N.S., forcing patients to travel for service as COVID-19 testing takes over.

As long-term care homes continue to keep visitors away during the novel coronavirus pandemic, residents find themselves shut off from the outside world.

Canada’s inflation rate slowed to 3.1 per cent in June. trib.al/OSR1AlU

Nostalgic fans were clenching their fists on social media after learning of the show’s demise. trib.al/X7T0vhJ

Nothing has ever reached Diana and Charles’ level of extravagance. Here are several standout details from the new d… twitter.com/i/web/status/1…