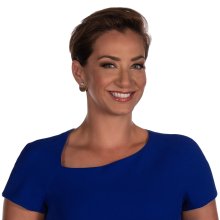 She has worked throughout Canada for various television networks and radio stations, during which time she has covered stories across North America and beyond. Goomansingh is part of a select group of Canadian journalists who traveled to Kandahar to cover the Afghan War for Global National, Global’s flagship newscast.

With experience as a reporter, video journalist, national correspondent and anchor, Goomansingh has a unique understanding of the industry with exceptional editorial judgment.

Goomansingh has been honoured by the Registered Nurses Association of Ontario with an award for Best Television News Story for an investigation with Global’s 16X9 entitled “Profitable Patients”. As Health Reporter for Global Toronto, Goomansingh was recognized twice by the Canadian Medical Association for her stories on the relationship between alcohol and cancer, as well as a report on sugar limits.

Goomansingh grew up in Winnipeg, Manitoba where she began her broadcasting career. In her free time, Goomansingh loves traveling, golfing, and fitness.