TORONTO – The media has swarmed, business is booming, and royal watchers in the U.K. and Canada are dusting off their fascinators (pink or blue? Pink or blue?!).

The Duke and Duchess of Cambridge are expected to welcome their first child into the world any day now.

But in news that may not be entirely surprising, turns out most Americans don’t care.

While mothers in the U.K. are holding off naming their newborns to see what Wills and Kate name the royal baby, only a quarter of Americans are awaiting the news with bated breath.

Read more: Why not have a baby like Will and Kate?

The Pew Research Center – a U.S. think tank that follows trends and attitudes in the U.S. – said that for the most part, Americans don’t follow news of Britain’s royal family.

According to Pew Research polls dating back to 1986, at least 60 per cent of Americans said they did not closely follow royal news on seven different occasions, including Prince Charles and Princess Diana’s marital troubles and William and Kate’s wedding.

Worldwide, an estimated 3 billion people watched 2011’s royal wedding, but only 35 per cent of those in the U.S. tuned in.

Pew said the one exception to the American poll results was the death of Princess Diana in 1997. At that time, 85 per cent of Americans followed the news of her sudden death, making it one of the top news stories of the 90s.

For our ongoing coverage of the royals, click here.

Related: The U.K. bookmaker Ladbrokes has ranked the top choices for royal baby names. Check out the graphic below: 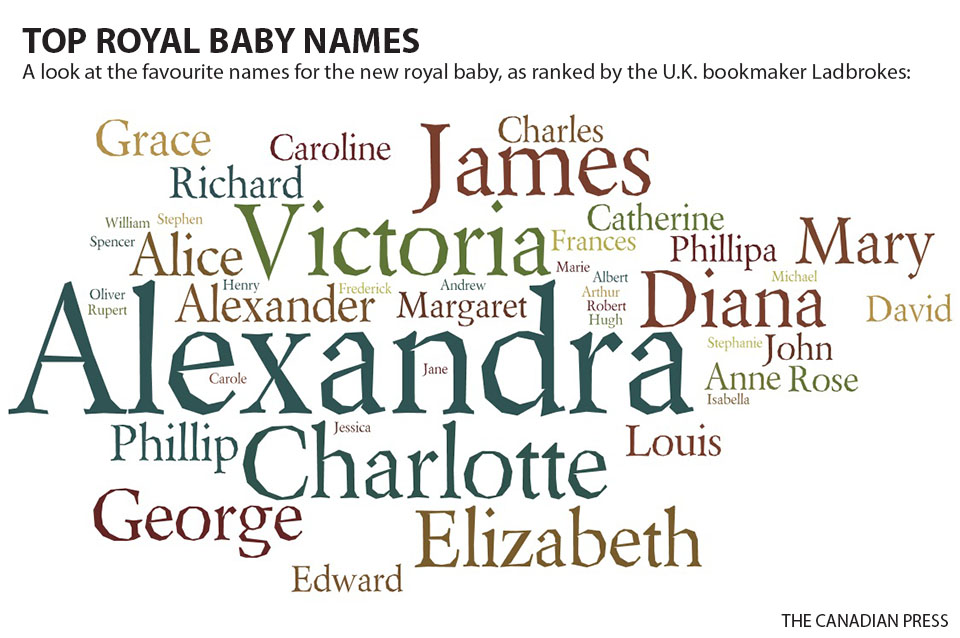