Councillors who are a part of the city’s audit committee are considering stiffer penalties for those who fail to pay basic fines for traffic and bylaw infractions in Toronto.

Traffic tickets, trespassing, ignoring stop signs, and driving without insurance are just some of the examples of fines under the Provincial Offences Act (POA) not paid to city counters, according to an auditor general’s report from late April.

In the audit, Beverly Romeo-Beehler says over $577 million for over 2-million offences remain unpaid since the province downloaded the collection of fines in 2002.

The report estimates 74 per cent of the infractions in question have been outstanding for more than five years with collection agency costs accounting for $93 million of the total amount owing, while $421 million is owed to the city and another $63 million owed to the province of Ontario.

Audit committee chair Coun. Stephen Holyday told Global Newsradio 640 Toronto that “deadbeats” who just refuse to pay are not the only ones responsible for outstanding fines.

“As you go down the list, you learn there are all sorts of situations like people with no fixed address, people from other jurisdictions, and companies that have gone out of business.”

Romeo-Beehler’s report goes on to identify 600 accounts with over $50,000 or more in default accounting for $84 million of the $577 million.

Holyday will endorse the report’s 31 recommendations at the audit committee meeting on Friday, which suggests suspending driver’s licences and plates, garnishing wages and even adding the fines to property and income tax statements.

“In other provinces, governments can go right to the Canada Revenue Agency and offset some of these provincial fines against someone’s tax refund. We don’t have that memorandum of understanding in Ontario.”

Holyday says the city will also look at potential options to co-operate with jurisdictions in and out of province.

“There’s a discussion going on about setting up rules between Mississauga, York region or Peel region that says, ‘We’ll help you collect fines if you help us.'” 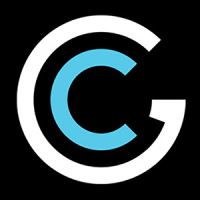