By Matthew Trevithick AM980

London Police and the German Canadian Football Club are asking the public to keep their eyes peeled for a valuable riding lawnmower that was stolen by a pair of brazen thieves in an early morning break-in last week.

It was around 4:20 a.m. on Sept. 13 when two men were caught on surveillance camera entering the club’s grounds on Cove Rd. and making their way toward the John Deere mower.

“It was kind of unusual,” said Juergen Belle, president of the German Canadian Club and German Canadian Football Club. “That, to me, meant that someone had actually been there a number of times figuring out to do what they did, and that was take the mower.”

According to Belle, a truck could be seen entering the grounds through a south gate.

“One individual seemed to know where our gates were, and he undid the boards on the gate and opened the gate and the truck came in and backed up to where the mower was,” Belle said.

At one point during the incident, the pair were forced to turn off the truck’s lights to avoid being spotted by a waste management crew who had arrived to clear the club’s dumpsters on the other side of the building, Belle said. 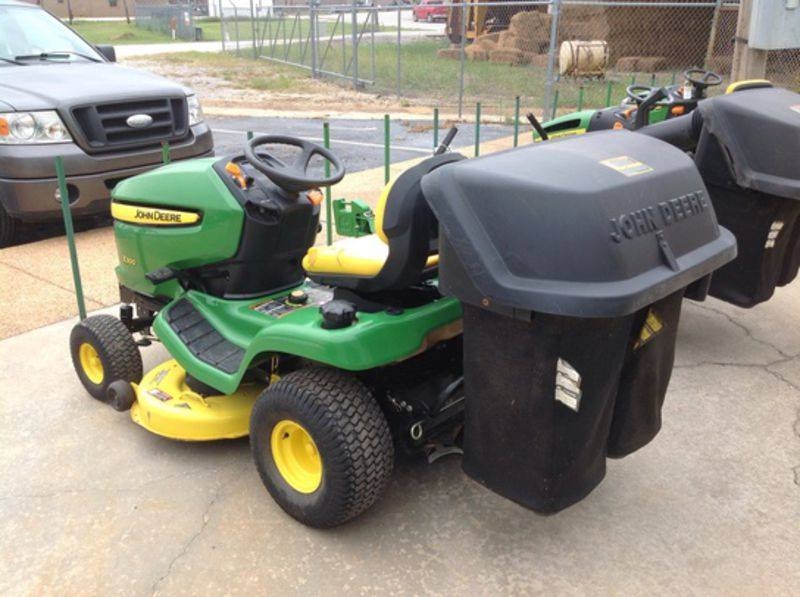 It wasn’t until Belle went to the grounds later in the day to do some chores that he realized the mower was missing.

“Some of the accessories that were on the mower were laying on the ground where the mower should have been, and then I realized the mower was gone,” Belle said. “I checked everywhere around the grounds thinking maybe it had been moved, because I have some people using it every once and a while, but I determined after some investigation that it was missing.”

Belle says the club has been the target of several thefts and break-ins over the past 18 months.

“It’s really, really angered me,” he said of last week’s theft. “I was upset for a while there… It’s just unfortunate that people do this kind of thing.”

With files from Natalie Lovie