Calgary senior granted wish to meet great-grandkids: ‘I haven’t hugged them and I’m going to’

It’s been years since Gordon Norwood has seen his grandson Matthew. He’s been longing to reconnect with him and meet Matthew’s wife, Dtang.

The couple lives in Thailand and has two children together: Katherine is six years old and Nicholas is three.

Norwood has never met his great-grandchildren and to be able to do so is the only thing on his bucket list.

“They’re my family and I haven’t hugged them and I’m going to. That’s my wish.”

Norwood lives at the Chartwell Colonel Belcher retirement residence, where staff nominated him to be the recipient for Wish of a Lifetime. The charity was created to value the older generation by fulfilling seniors’ dreams.

Diane Haskins, the lifestyle program manager for Chartwell, said nobody is more deserving than Norwood.

“We were ecstatic and so happy for Gordon,” Haskins said. “Words can’t express how excited we were for him. He was on cloud nine and we were so happy for him.”

Norwood served in the Canadian Armed Forces for 17 years. 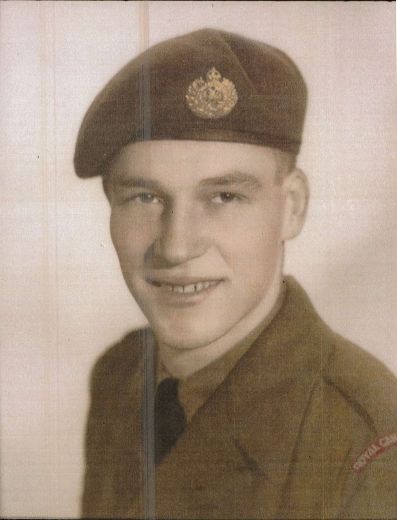 He’s a Korean War veteran and was granted his wish to fly to Thailand with his daughter, Sharon Link. She knows this will very likely be her father’s final trip.

“I’m just glad I’m allowed to be a part of this with him, because this will be it,” Link said. “Makes it tough, but this is really what he wants to do. Matthew is very dear to him.”

Matthew and Gordon have a special bond. Matthew was 15 years old when he was involved in a serious car accident. He suffered severe injuries and his leg had to be amputated. During his recovery, he lived with his grandfather. The two stay in touch with weekly phone calls.

“I have a special feeling for Matthew. He’s been a fighter, he’s overcome everything,” Norwood said. “He’s a survivor.”

After the long journey to Thailand, Norwood couldn’t wait to wrap his arms around his family.

“All of a sudden I heard a little girl say, ‘Grandpa!’” Norwood recalled. “And there was my great-granddaughter. It was marvelous.”

They all spent two weeks together sightseeing and bonding.

Global News contacted Norwood’s grandson, Matthew Pritchett, by phone in Bangkok, Thailand. He fondly recalled the times they shared. He especially cherished the time his grandfather spent with his children.

“It’s about as rewarding as anything a father can have happen,” Pritchett said. “For me to have my kids know who I believe is a true hero and spend time with him – it vindicated everything I did as a father.”

Nobody wanted the trip to come to an end.

“I cannot begin to describe exactly how I felt,” Norwood said. “Really! I didn’t want to come back. It was heartbreaking.”

But Norwood felt he made everlasting memories he will cherish forever.