As always, fake news festered in the aftermath of the London attack

Breaking news brings out the fakers. And the Photoshop-ers.

This checklist (originally published here) proves its value over and over again.

This week’s terrorist attack in London was no exception. In the aftermath of a confusing violent incident, unscrupulous people with an agenda, pranksters and the well-meaning all throw things into the information soup.

Some are unsavoury, for example:

The freelance photographer who took the photo, however, said the woman at right seemed shocked and was just trying to get out of the area. (Police were telling people to leave.)

“Looking back at the pictures now, she looks visibly distraught in both pictures in my opinion,” Jamie Lorriman told The Guardian.

READ: Fake news: Why does this simple Google search autosuggest a neo-Nazi site?

Keep calm and carry on

This one was more benign, but still fake. It purported to be a dry-erase board at a London tube station:

And this is why I LOVE London pic.twitter.com/BertPv0nIo

The BBC took it at face value, as did British Prime Minister Teresa May, who told the House of Commons that it was “a wonderful tribute” which “encapsulated everything everybody in this House has said today.”

It was also a fake, made with the sign generator here. We’ve been playing with it, and you can too: 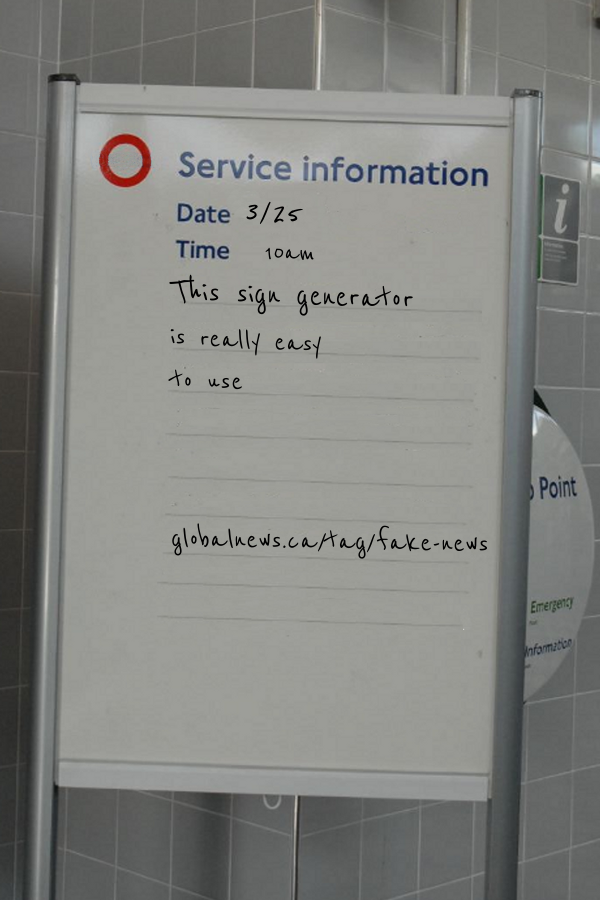 “Fake news and hoaxes routinely take advantage of plausibility,” the Washington Post explains. “Create a story or image that sounds or looks right to one particular viewpoint, and maybe it’ll be shared uncritically.”

READ: Fake news: No, strangers can’t find you on Facebook by taking pictures of you on the street

Wrong year, wrong person, wrong location (the image was of a man who waved two knives near Buckingham Palace in 2013, seemed to be mostly a danger to himself, and was Tasered.)

But it was good enough for several Russian news outlets: 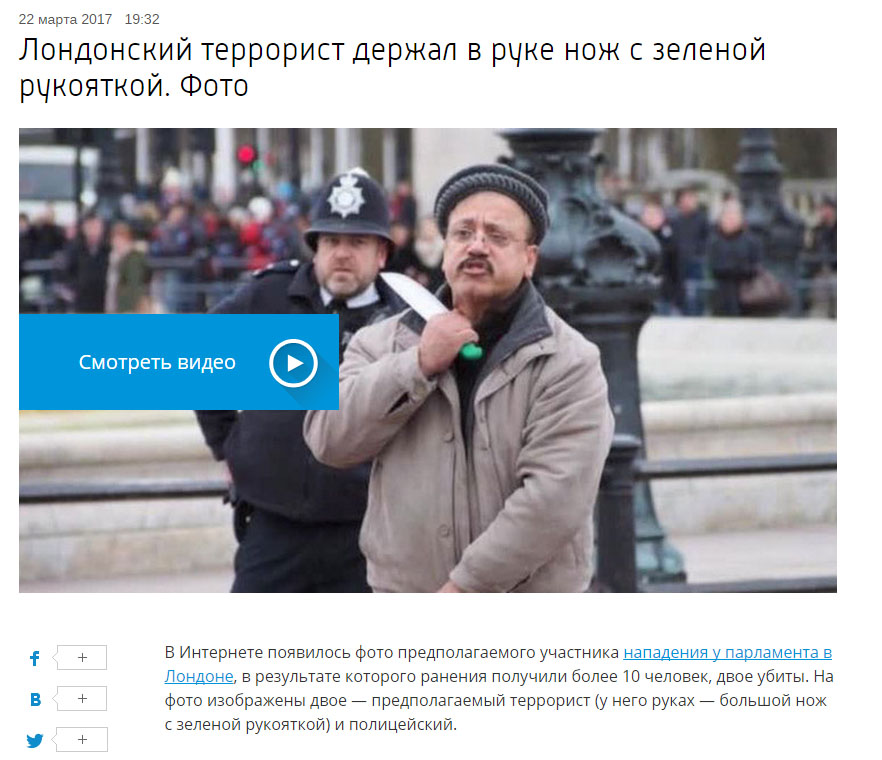 And I would have gotten away with it if it hadn’t have been for you kids!

Can a resourceful band of Internet sleuths identify the London attacker within hours, by Googling stuff?

Uh, no. Radical Muslim cleric Abu Izzadeen, named online as the attacker, remains in a British prison, where he’s been since last year.

In fake news news this week: