Bacon, booze, and obesity are increasing your risk of stomach cancer: study

American scientists piecing together what causes stomach cancer uncovered three culprits: too much drinking, processed meat and being overweight.

A new report out of the American Institute for Cancer Research is warning that all three factors are tied to other cancers too, but it’s the first time research has made this particular link.

Here’s what they found increases the risk of stomach cancer:

READ MORE: Here’s how much you’ll lower your cancer risk by applying sunscreen

“Obesity is now linked to 11 types of cancer and we want [people] to know there are steps everyone can take for cancer prevention and better health, like eating more vegetables, beans, fruits and other plant foods along with squeezing in a few more steps every day,” Alice Bender, head of nutrition programs at the AICR, said in a statement.
Story continues below advertisement 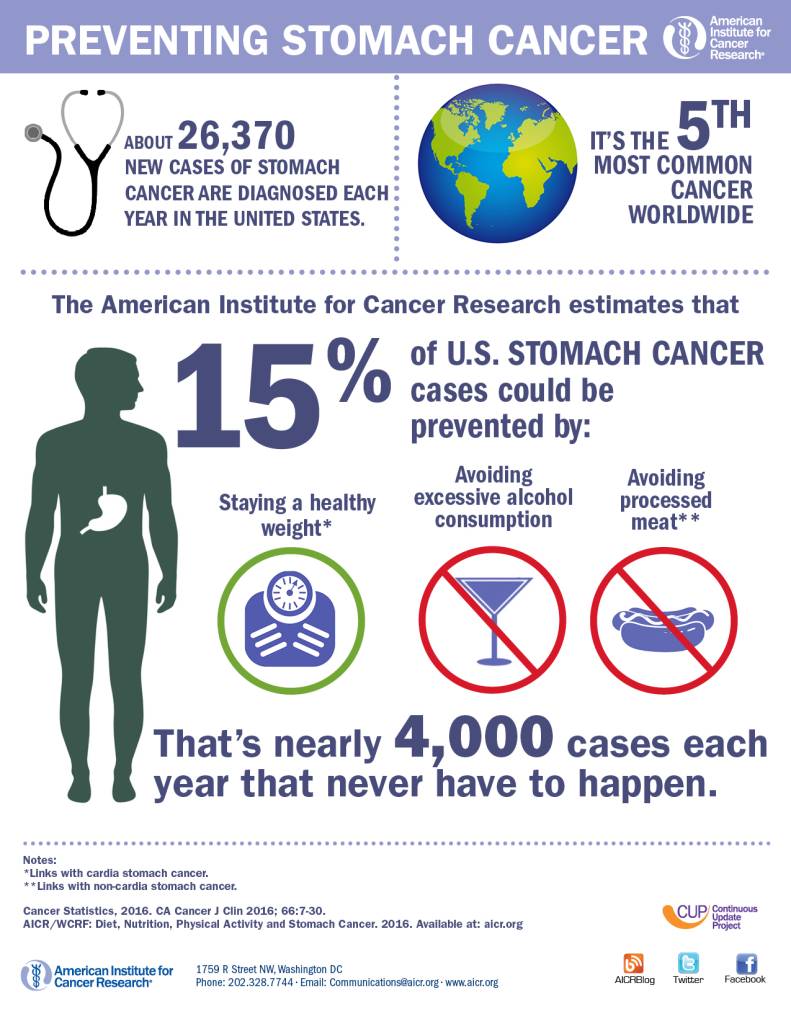 The report is based on 89 studies that zeroed in on stomach cancers. In total, 17.5 million people were involved, and 77,000 ended up with the disease.

The authors say that in the U.S., 15 per cent – or one in seven – stomach cancer cases could be prevented if people didn’t drink more than three alcoholic beverages per day, if they cut back on processed meat and if they maintained a healthy weight.

There are two main types of stomach cancers.

READ MORE: Are bagels and pasta really putting you at risk of lung cancer?

The top portion of the stomach, where it meets the esophagus, is called the cardia. Cardia stomach cancers are most common in high-income countries. It’s tied to excess weight gain putting pressure on the abdomen, which pinches the sphincter at the top of the stomach and causes acid to escape.

Non-cardia cancer involves the rest of the stomach.