EDMONTON – A two-year-old wild horse continues to make a remarkable recovery on a ranch just southeast of Edmonton.

In September, Anna Schneider saw a photo of the horse on Facebook. He was skin and bones, and missing his back left foot. “When I saw that picture, right away I knew I wanted to try and help,” Schneider said.

On September 5th, Schneider and a friend launched a search near Olds, Alberta. After several hours in the pouring rain, they came across the injured animal’s mother in a clearing.

At first, the horse was standoffish, but after a few minutes she turned and calmly walked into the forest.“We followed her in there,” Schneider remembered. “There he stood, underneath the tree.”

“His foot was terrible, the condition couldn’t have been worse.”

It’s not exactly clear how the horse lost his leg, but it was clear the wound was several months old.

Schneider brought him home, where he was given the name Caleb Raphael, and his long and difficult recovery began.

There weren’t many options, many believed putting Caleb down was the most humane one. Schneider says that was discussed, but she wanted to give him a chance to heal. She began working with a local veterinarian. The Alberta SPCA came to ensure Caleb was receiving proper care. Eventually, he started putting on weight, and moving around more comfortably.

As far as Schneider knows, the next step in Caleb’s recovery may be a first in Canada, as he is being outfitted with a prosthetic foot.

“Everything is so custom fit in our job, everything is different for every single patient, so this is just another patient,” said Jon Allen, a certified prosthetist working with Schneider. “Just a little bit different shape.”

Allen has now built two prosthetic legs for Caleb, and is working on a design that would include a joint to allow the horse to move with his natural gait. He is thrilled with the progress Caleb has made since their first visit.

“The leg is looking great, his position is better, he’s moving around much smoother,” Allen said.

“I just can’t wait for summertime, to see him run in the field and enjoy being with other horses,” said Schneider. “Live the happy life that a horse is supposed to live.” 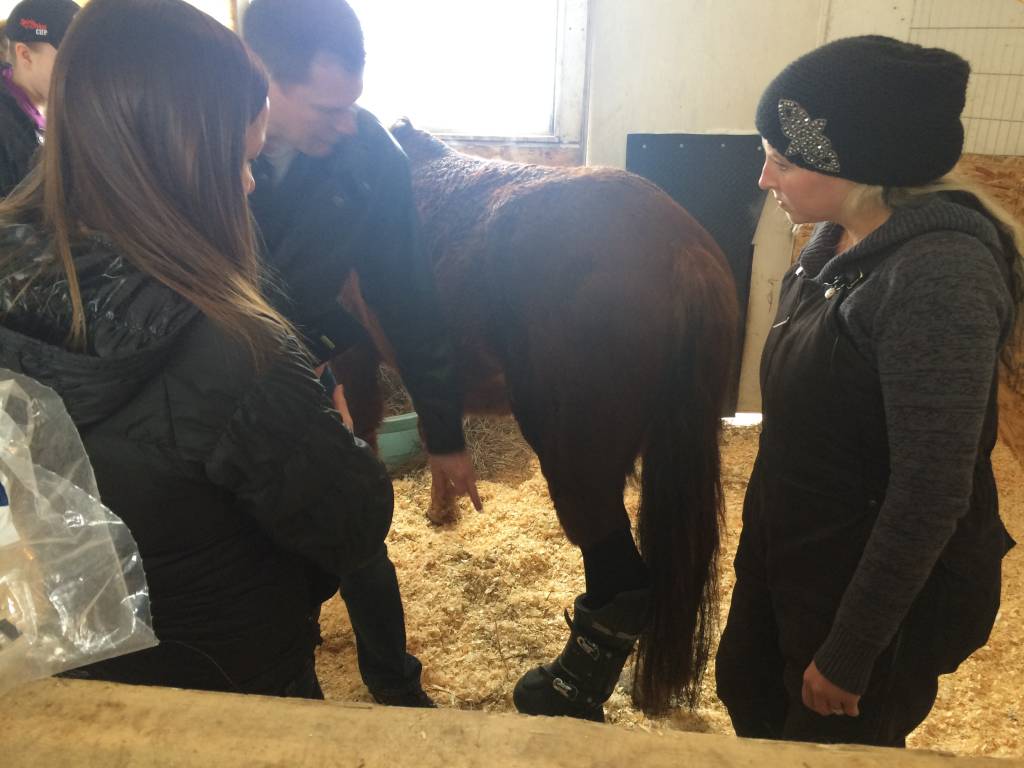