Canada’s prime minister has landed on the pages of Vogue magazine.

The article, titled Justin Trudeau Is the New Young Face of Canadian Politics, has been published online and appears in the January 2016 issue.

“Following in his father’s footsteps, Justin Trudeau has beaten the odds to become the youthful, optimistic face of Canada,” the article states.

The profile begins by taking readers to Ottawa on the day Trudeau was sworn in as Canada’s 23rd prime minister, noting the Ottawa River breeze and the thousands of onlookers who didn’t seem to mind as they waited for a glimpse of Trudeau.

“Strikingly young and wavy-haired, the new prime minister is dashing in his blue suit and jaunty brown shoes—a stylistic riposte to the old world of boringly black-shoed politicians,” Power writes. 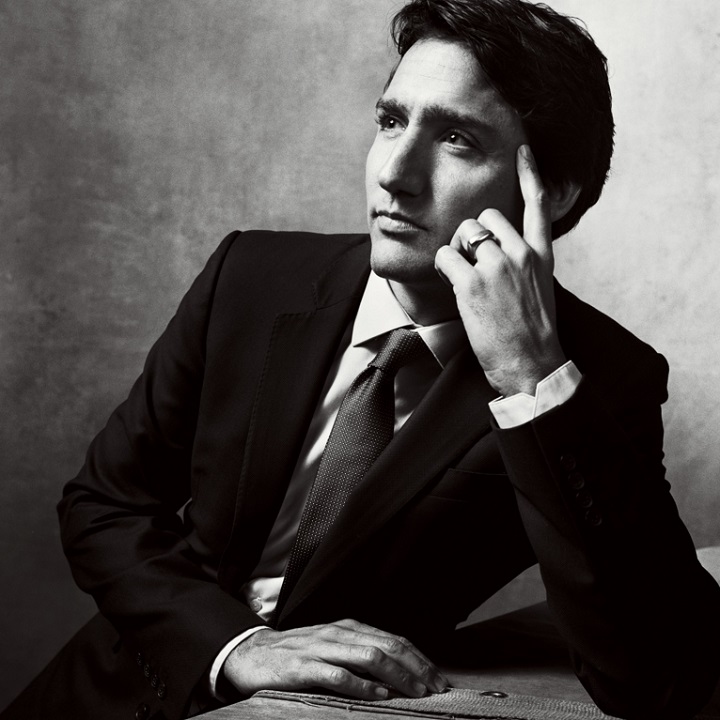 Trudeau, along with his elegant wife and their three young children are described as an “advertisement for the future.”

The article touches on Canada’s role in the fight against ISIS, and its plan to settle 25,000 Syrian refugees.

WATCH: Justin Trudeau thanks his Liberal team during Holiday party

It mentions his father, former prime minster Pierre’s legacy, but suggests that he may be more like his mother as the author writes, “there’s the faintest whiff of the New Age about him.”

“My whole life,” Trudeau said, “has been about figuring out the balance between knowing who I am and being who I am and accepting that people will come to me with all sorts of preconceptions.”

Sophie Grégoire-Trudeau, who has been recognized by the UN for her contribution to human rights, joins her husband in the magazine for an intimate picture.

The article delves into the Trudeaus’ relationship, detailing their history.

“I’m a dreamer and a romantic,” Grégoire-Trudeau is quoted in the article, “and at the end of dinner, he said, ‘I’m 31 years old, and I’ve been waiting for you for 31 years.’ And we both cried like babies.”

WATCH: Justin Trudeau thanks his wife Sophie and his family as they get set to embark on “an adventure together”