HALIFAX – The Transportation Safety Board of Canada has released new photos that show the damage to an Air Canada plane that skidded off the runway while landing at Halifax Stanfield International Airport early Sunday morning.

The photos, which are the first ones of the site released to be taken in daylight, show significant damage to the Airbus A320 airplane.

(All photos courtesy Transportation Safety Board of Canada.) 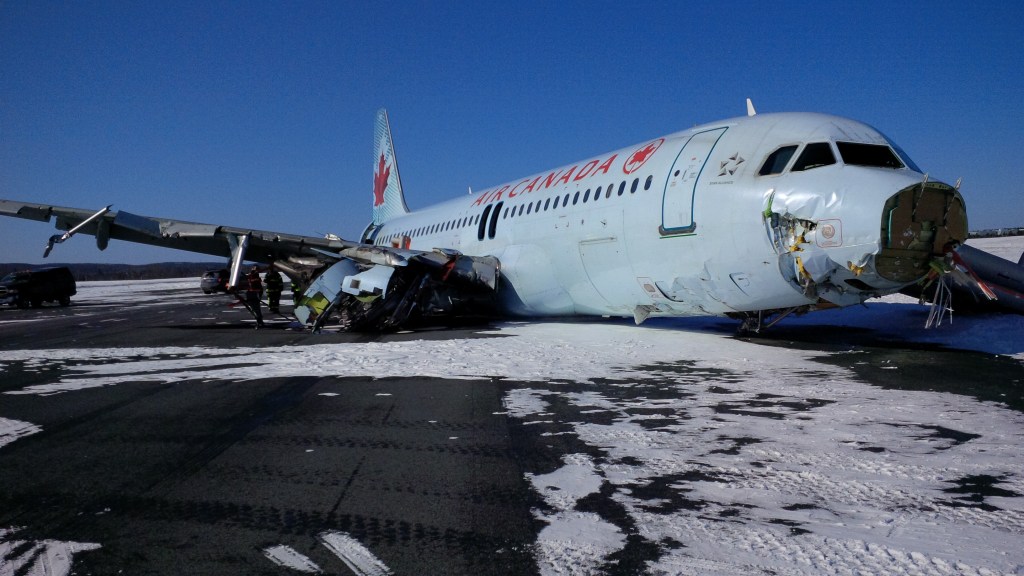 Significant damage to the plane’s nose and starboard wing is visible, and the engine under the wing appears to be destroyed.

The plane made a hard landing as it skidded off a runway at the airport during a snowstorm. 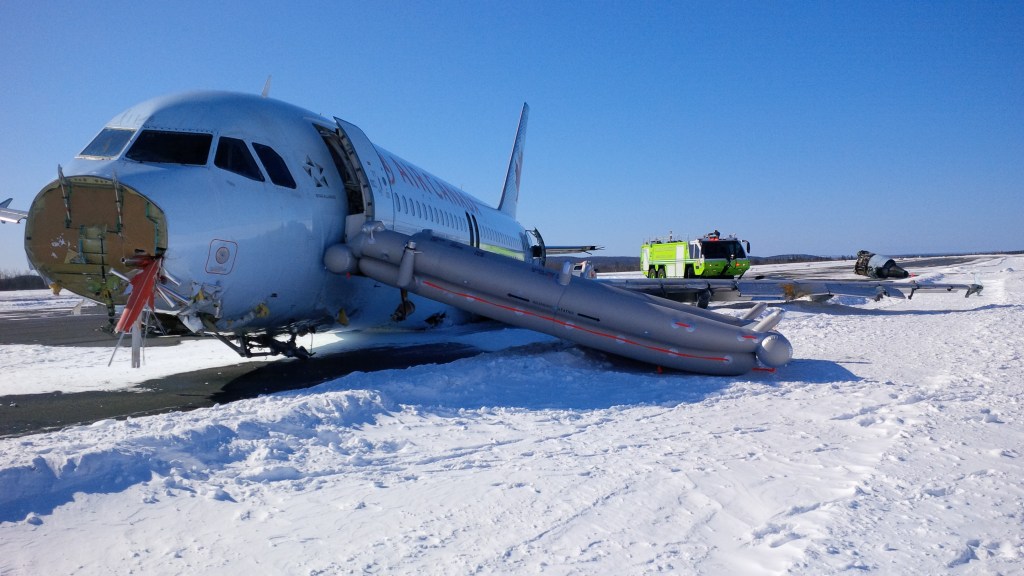 Air Canada confirmed 23 passengers and crew were sent to hospital, but there were no serious injuries reported and 18 have since been released.

READ MORE: A look at the safety record of the A320 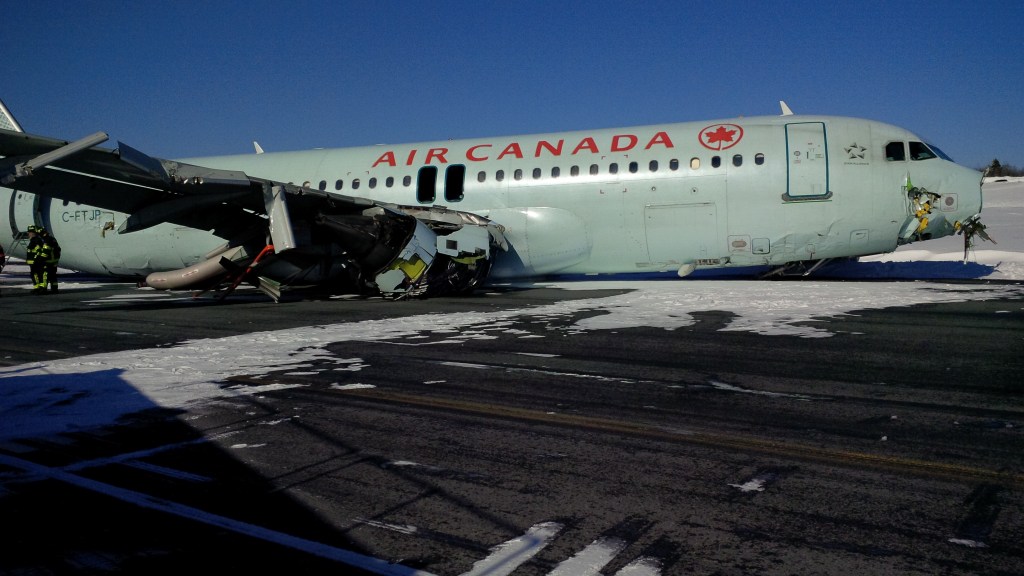 AC624 had 133 passengers and five crew members on board. There are reports the plane hit a power line and then skidded, leading to a mass power outage at the airport. A direct link between the power outage and the “hard landing” have not been confirmed by airport officials. 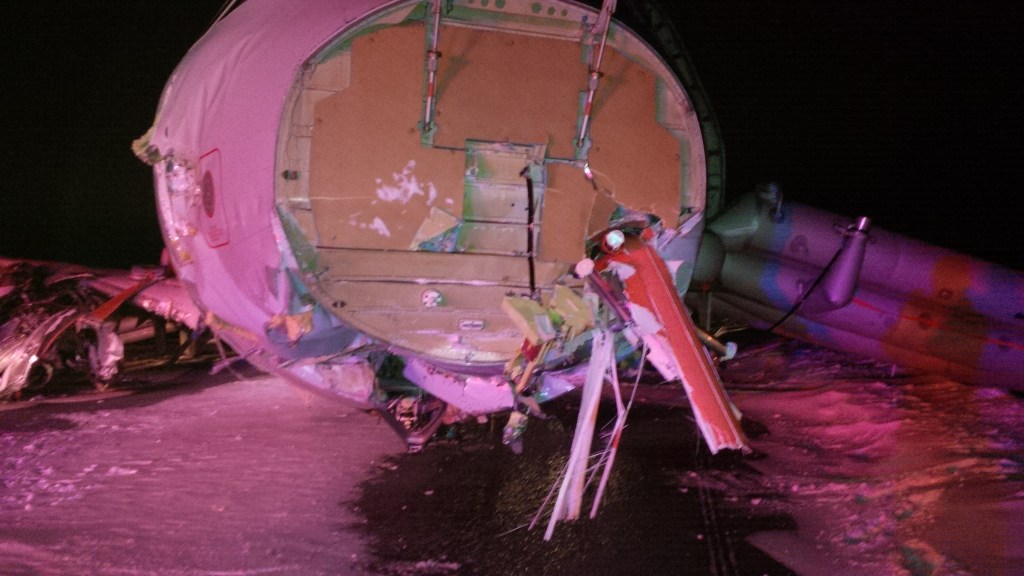 The Transportation Safety Board of Canada is due to conduct an investigation that will take months said Air Canada’s Chief Operating Officer, Klaus Goersch, during a news conference Sunday. He said the investigation will involve interviews with crew members and people within the company, although he declined to offer specifics. 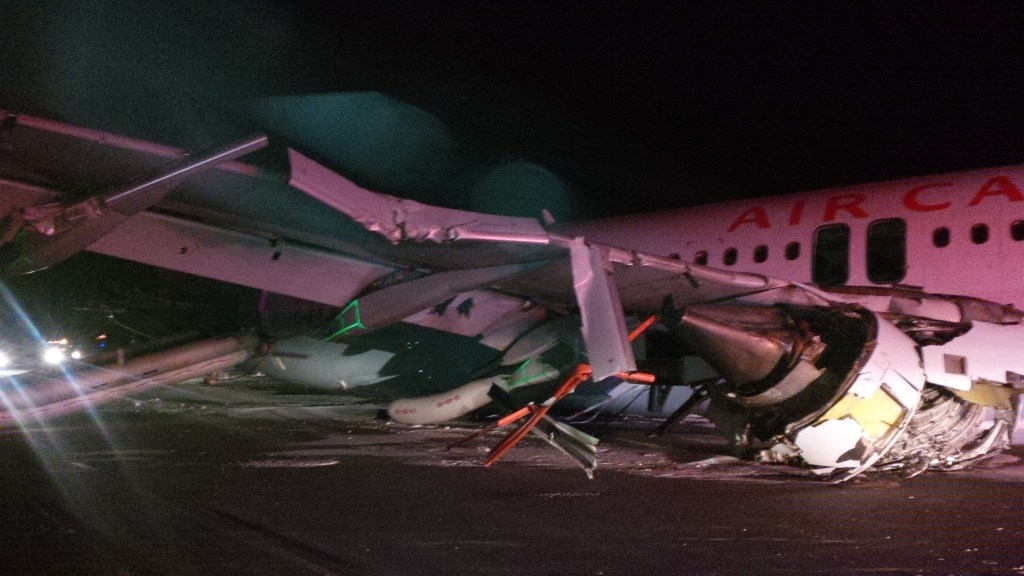 Goersch confirmed the incident could technically be described as a crash because the plane did not reach its gate. He said he had never heard of a similar accident occurring previously with Air Canada.

“It was safe to fly in this weather,” Goersch said. “The aircraft did circle for a period of time, but when the approach was initiated, the weather was at the approach minimums.”

Below are more images from the site at Halifax International Airport.

With files from Andrew Russell