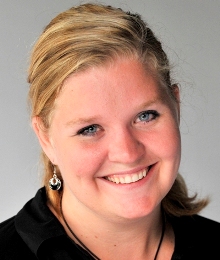 Rebecca Lindell covers politics and national affairs in Ottawa as part of the Global News team. She joined Global News in 2011, but started her career in Vancouver, B.C. where she covered everything from forest fires to shootings to municipal politics as a print reporter. Her work has appeared in the Vancouver Sun, The Globe and Mail and Postmedia News. Born in Burlington, Ont., Rebecca followed her love for politics to the nation’s capital where she graduated from the University of Ottawa. She holds Master of Journalism degree from the University of British Columbia.

Mefloquine is an anti-malarial drug used by the Canadian Armed Forces since 1992 in deployments including Somalia, Congo, Rwanda and Afghanistan.

A special program meant to help Canadian companies hit by retaliatory tariffs on steel and aluminum imports by the U.S. has started to roll out millions in relief money.

The full episode and transcript of The West Block, Season 8, Episode 2

Ottawa has paid out just over $11,000 in duty relief despite collecting more than $286 million after it slapped on retaliatory tariffs, according to figures obtained by Global News.

The exhibit features the contributions of women in science from the 17th century to the present. It also addresses the social and gender barriers these women faced in the pursuit of their careers.

The Canadians say they’ve been winning the information war, of late, as the attacks have slowed down recently.

The heatwave battering Eastern and Central Canada this week has claimed the lives of as many as 17 people, all of whom officials say were either seniors or adults suffering from chronic illness.

Politics
June 15, 2018 6:00 pm
West Block’s transformation into the new home of the House of Commons

One of Canada’s most ambitious renovation projects is entering the home stretch.

A new bill to decriminalize payments for surrogacy wades into contentious ethical territory where the implications go far beyond paying for a thank-you gift.

Food for Thought: Scott Brison on coming out and why the Charter has changed his life

Scott Brison has a life he didn’t think would be possible. It’s a reality he credits to Pierre Elliott Trudeau and the Charter of Rights and Freedoms.

Dr. Donna May Kimmaliardjuk knew she wanted to save lives since she was only six years old. What she didn’t know was that pursuing her passion would mean making history.

Paramedics take calls airborne with the help of drones

A rural paramedic service just west of Ottawa is plotting a new flight path for the future of drone use and is trying to save lives in the process.

The Trudeaus were criticized for their wardrobe during last week’s trip to India. But the Toronto designer who made some of the pieces, hopes the attention will lead to good, instead of gossip.

Canadians are urging Ottawa to repeal a regulation that can prevent people from travelling on airplanes with their power wheelchairs.

Canada’s women swimmers and divers bagged the first medals for the country at the 2020 Tokyo Olympics. Here's a rou… twitter.com/i/web/status/1…

Authorities said after an investigation that the driver of the bus had been arrested after he apparently lost contr… twitter.com/i/web/status/1…

The pair overcame some early nerves and dove into second place ahead of Germany and behind China. trib.al/4HEbn7t