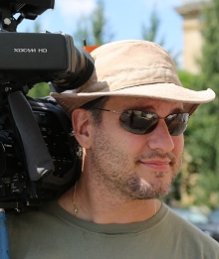 David fell into the world of television production in 1997. He loves to be where the action is, which is a rather suiting quality in this line of work.

He is a very lucky guy — he often “just happens” to be at the right place and time to get and tell the story.

He also believes in creating his own luck and he’s not afraid to take chances, follow his instinct and go out on a limb because, after all, as he likes to say: “You can’t win If you don’t play!”

David wants to make every image as significant as possible. He loves to have fun with light and framing, in video as well as still photography.