As they head into the summer break, federal Liberals must be concerned that their long-standing, comfortable lead in the polls has all but evaporated.

But what should be more concerning is that at least part of the reason for the Liberals’ decline is the self-inflicted wounds by their leader, Justin Trudeau.

READ MORE: Justin Trudeau to pay up $100 for failing to disclose a gift of sunglasses

On the plus side, Trudeau gets full marks for standing up to Donald Trump on the tariff and trade issues.

In fact, he even won the grudging respect of Hamilton steelworkers, when he showed up on the shop floor to talk with workers.

But he’s also given his critics plenty of ammunition with his ill-conceived holiday with the Aga Khan and a mistake-ridden India trip earlier this year.

More recently, Trudeau’s handling of the re-surfaced allegations of a groping incident from his past sounded more like legally crafted responses, where sincerity was called for.

READ MORE: The facts about what Justin Trudeau can’t remember

It’s certainly not time to hit the panic button, but, if the Liberals don’t eliminate a pattern of unforced errors, it’s going to be a rocky road to election time. 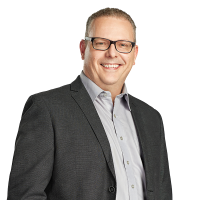