A fashion designer from Moncton is working on her latest line of clothing that she hopes will take her to Atlantic Fashion Week in Halifax, N.S. one day. 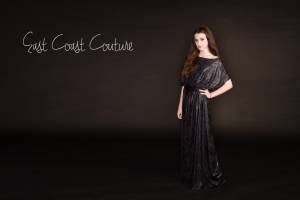 LeeAnn Dussault, whose brand is called East Coast Couture, said she has never been one to follow the popular trend.

“What inspires me is to be able to make people go, ‘wow, that is just unusual,'” Dussault said.

Dussault has been trying to get that reaction with her alternative photography for years and now she’s hoping to wow the runway with her new line of couture fashion she calls “Limitless”. 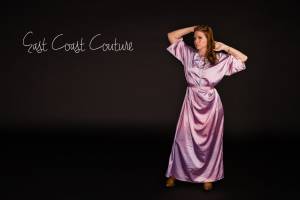 “Why limit yourself to one thing,” Dussault said. “I learned to develop an eye for what I want in my photos and from that I learned to make my outfits for my photo shoots for my models.”

Entirely self taught, LeeAnne said she knows she still has a lot to learn about design.

Her sewing skills for example she said are admittedly a work in progress.

WATCH: LeeAnn Dussault’s photos are inspired by her love of horror movies and all things gothic, and as Global’s Shelley Steeves reports, her photos have now made it to print.

“I bought myself my first sewing machine and enlisted my mother in law to teach me a few basics, like how to thread a needle.”

But she is hoping that her passion to sketch and sew the designs that pop into her head will help her make a name for herself in the fashion world.

Dussault said she recognizes her designs are often edgy and a little risqué, but “it’s my own personal style. It’s out of the box, different.” 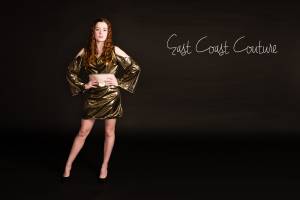 Dussault debuted her premier line at the Trend and Fashion Expo in Moncton at the end of February. 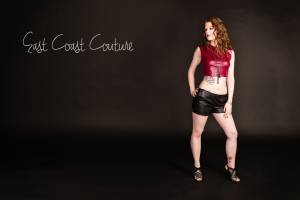 One of her models, Sarah Lawlor, said the line was very well received.

“I don’t like to follow the fashion trend that everyone else is doing, so it’s great I love it,” Lawlor said.

Dussault said she hopes that there is room for her creations on the runway in Halifax later this fall.

“I would like to hopefully get into Atlantic Fashion Week at some point.”

The fashion event takes place in Halifax this coming fall.