New Westminster faith and community leaders will be speaking out Thursday night against racism and discrimination after offensive posters were found near a church in a residential neighbourhood last Saturday.

Several posters were discovered near 6th Street and 4th Avenue and featured the web address of a site that calls themselves the online headquarters for “Global Fascist Fraternity” and bears the slogan “Gas the k****, race war now, 1488 boots on the ground!”

Two different posters were noticed, one saying “The key for a new Canada” with the image of a swastika and the other depicting Nazi soldiers confronting men with machine guns bearing the resemblance of Islamic State fighters, saying “It’s always going to be us vs. them. Join us before they stomp you.” 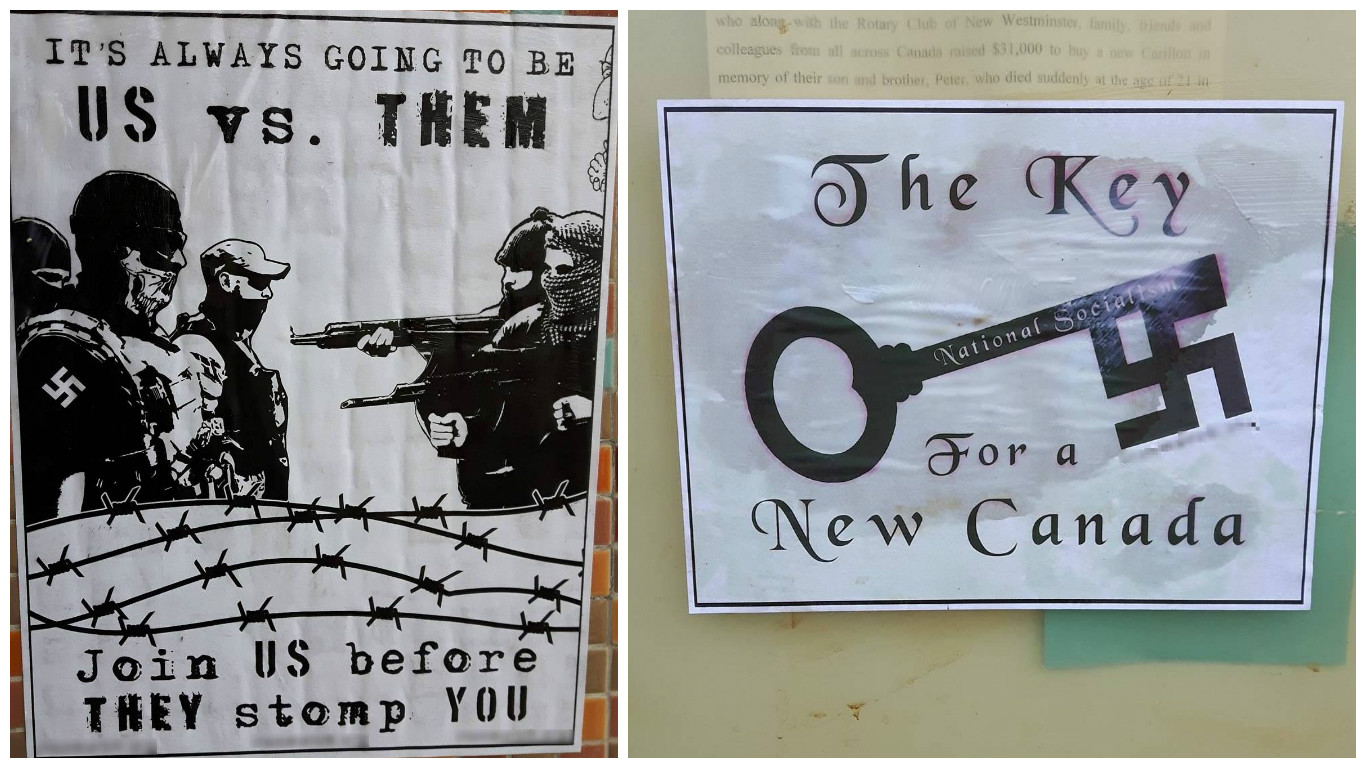 After seeing the posters, MLA for New Westminster, Judy Darcy, says she felt the need to do something and reached out to a number of religious leaders, including a local imam, rabbi, reverend, and a First Nations representative, and asked them to attend a rally to show the community’s unity.

Darcy says they won’t be silent while people in their city are targeted and made to feel unsafe.

“The message we want to send is that we are a welcoming community,” Darcy told Global News. “We stand for equality, diversity and community. Hate of any form is not welcome here, we will stand up to it and stand united as a community.”

The rally will be held on the steps of New Westminster City Hall at 5:30 p.m. and will be followed by a march to Queens Avenue United Church, near which the posters were found.

– With files from Jill Slattery