25 years of Hubble: 5 amazing things it has taught us about our universe

WATCH: Of all the grand experiments launched in space, the Hubble telescope is among the most daring. It has sent back astonishing pictures that have opened up a window into deep space, teaching us more than we ever imagined. Eric Sorensen reports.

TORONTO – On April 24, 1990, the Hubble Space Telescope was launched into space. On Friday, NASA, the European Space Agency, scientists and astronomers will celebrate the telescope’s 25th anniversary.

Hubble’s legacy will live on forever: it has provided numerous insights into our solar system and our galaxy. It has helped us gain a better understanding of the workings of our universe. While its accomplishments are numerous, here are just a few.

Is the universe going to expand forever, or will it all end in the Big Crunch?

This is a question that many astronomers seek to answer. Before Hubble, the jury was out, but the telescope was able to see far off supernovae (the result of a star dying in a spectacular explosion) concluding that the universe wasn’t slowing down at all. In fact, it was accelerating.

No one really likes to reveal his or her age, and the universe is no different.

Before Hubble, astronomers had a difficult time pinpointing just how old our universe was. Some observations calculated that it was 10 billion years old; others, 20 billion.

But with Hubble, the task became a bit easier (though certainly not easy).

Hubble was able to observe particular type of stars, called a Cepheid variables, far better than ever before. By measuring the brightness of these stars (which can be thousands of times brighter than our own sun), astronomers were able to calculate the stars’ distance from Earth. Using this measure and others supported by Hubble, astronomers were able to calculate the age of our universe with unprecedented accuracy, to 13.7 billion years old.

In 1994, Hubble turned its eyes to the king of the planets, Jupiter, to witness something never before seen: a comet impacting a planet.

The comet had broken up the year before after a close encounter with Jupiter, whose mass tore it apart. What Hubble captured was amazing: each piece exploded in the planet’s cloud tops, scarring the planet’s normally bright clouds.

Aside from putting on a spectacular display, it also brought home the danger of potential asteroid impacts here on Earth. Astronomers continue to monitor the effects of the collision, including the impact it had on Jupiter’s ring system.

4. The oldest galaxy ever seen

Who said we can’t time travel? Every time we look to the stars, we are going back in time, as it takes time for that light to reach us. Light travels 300,000 km per second. Even the light from our sun takes eight minutes to reach us. The closest galaxy to us is the Andromeda Galaxy that lies 2.5 million light-years away, so we are looking at it as it once was, not as it is.

When Hubble was launched into space, we had no idea that there were other worlds beyond our solar system. Exoplanets were hypothesized, but until the first one was discovered in 1992, we didn’t know for sure.

Hubble’s instruments have helped direct the search for these strange, distant worlds. But more impressive is that Hubble made the first visible-light image of an exoplanet, one circling the star Fomalhaut, just 25 light-years away. There is a large disk of debris circling the star — about 21.5 billion miles across — and about 1.8 billion miles inside the inner edge lies a world. 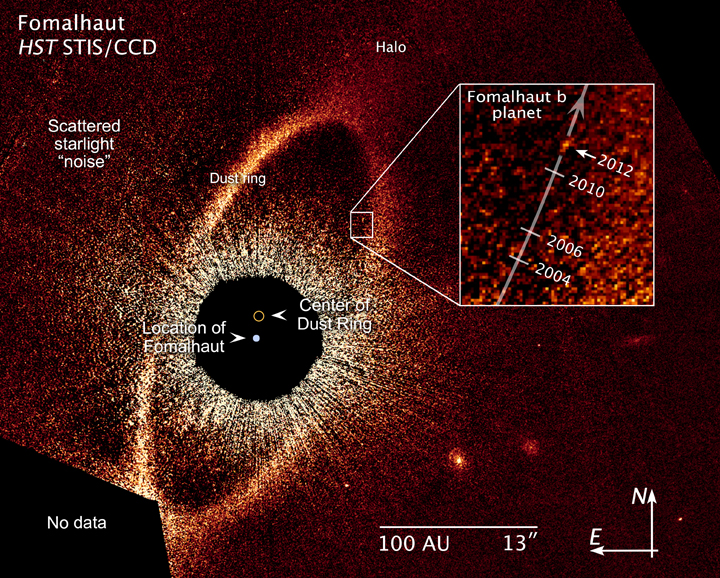 To date there are more than 1,000 exoplanets confirmed with thousands more waiting.

Sadly, the Hubble Space Telescope won’t be around forever. It was hoped that it would be returned to Earth aboard a shuttle when its mission came to a close, but with the end of the shuttle era, this marvellous jewel of the sky will end up plummeting into the Pacific Ocean at the end of its lifetime. For now, Hubble is expected to last until 2018.

But the age of the space telescope will hardly be dead: the James Webb Space Telescope is expected to launch in October 2018. It will see further into space than Hubble, continuing the mission that started 25 years ago, providing us a better idea of how we got here.