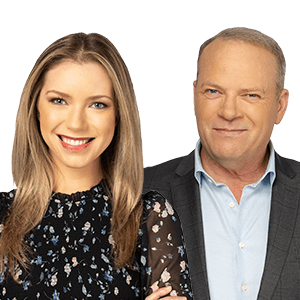 630 CHED is bringing a little more conversation to the mornings.

Every weekday from 5:30 a.m. – 9 a.m., 630 CHED Mornings with Chelsea Bird and Daryl McIntyre gets your day started right with a blend of news, informed debate and lively conversation.

Follow Chelsea Bird and Daryl McIntyre on Twitter to keep up with your hosts wherever they go!

The Edmonton Elks and 630 CHED have renewed their broadcast partnership. 2022 will mark the 29th season CHED is the official broadcaster of the team.

Observers say emails suggesting a former justice minister hired a political fixer to pull phone logs of a reporter to trace her sources show how Alberta politics have deteriorated.

Homeowners who haven’t locked into fixed contracts for their natural gas and electricity are reporting huge increases in their bills this winter.

Edmonton’s Kingsway Legion at risk of closing: ‘We don’t want to lose this’

The Kingsway branch of Edmonton’s Royal Canadian Legion is fighting to keep its doors open.

Photographer draws attention to Islamophobia in Edmonton through photo series

‘What’s alarming is, this happens to most of us. It started off with words or with looks and now it’s escalated to physical contact. That’s where the alarm comes from.’

The Phase 2 residential parking ban is expected to continue for about four weeks. As of Tuesday, crews have completed 43 per cent of residential areas.

RT @630CHED: The agreement establishes the MNA as a legitimate government in Canada. It’s one of about 25 self-government agreements alread…

RT @GlobalCalgary: As NASA works towards its return to the moon through the Artemis mission, a Calgary company has a role to play from the…