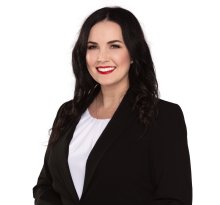 Shelby Thom is the South Okanagan correspondent for Global Okanagan based in Penticton, B.C.

Thom earned a broadcast and online journalism diploma from BCIT in 2012 and was awarded The Red 93.1 FM Canadian Talent Development Award for excellence in on-air talent, academic achievement and citizenship upon graduating with distinction.

Thom’s broadcast career began shortly after as a reporter and anchor with CHNL Radio in Kamloops, B.C.

She covered court and crime in the Southern Interior and produced the Jim Harrison public affairs program.

In 2014, Thom made the leap to a large news market as the night reporter for News Talk 980 CKNW Radio in Vancouver, B.C., before joining the highly-rated morning news program in 2016.

After five years in radio news, Thom is grateful for the opportunity to pursue the exciting world of television news with Global Okanagan.

In 2019, she was recognized with the “Broadcast Performer of Tomorrow” award by the British Columbia Association of Broadcasters (BCAB).

A year later, Thom earned another RTDNA nomination for best TV news feature in a medium-sized market for a story about dying with dignity.

Thom is a video journalist who shoots, edits and writes her own stories.