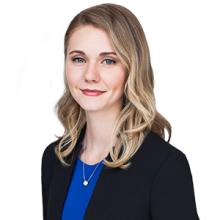 Sarah Ritchie joined the Global News team in the summer of 2018 as an anchor and reporter.

Sarah is a Saskatchewanian by birth, and a Maritimer by choice. She graduated from the University of Regina School of Journalism with distinction. After graduation she moved to New Brunswick, copy editing newspapers before making the switch to television.

During her broadcasting career Sarah has reported from all three Maritime provinces and has worked as a reporter, anchor, weather presenter, and producer. She has a passion for politics and has covered Nova Scotia’s Province House. She counts covering provincial elections in Nova Scotia and New Brunswick as career highlights.

Sarah grew up in a small prairie town and is a fan of the Roughriders and the Maple Leafs. When she’s not reporting the news she can usually be found with her nose in a book, or exploring one of Nova Scotia’s beaches, wineries, or hiking trails.

Researchers found 92 per cent of mass shooters experienced childhood maltreatment, and 80 per cent were in crisis at the time of the shooting.

In this episode of 13 Hours we introduce the final victim of the killing spree and explore the links between gender-based violence and mass murder.

In Episode 11 of 13 Hours we trace the gunman’s movements during the last full hour of the killing spree and introduce more of the victims.

The police watchdog found Nova Scotia’s emergency radio system was overwhelmed during the search for the gunman last April, causing breakdowns in communication.

The two RCMP officers who opened fire on a Nova Scotia fire hall during the manhunt for gunman Gabriel Wortman will not face charges, investigators conclude.

Episode 10: Firefighters ‘terrorized’ by RCMP during search for Nova Scotia gunman still have no answers

Police-package vehicles listed for sale, despite prohibition on sale of decommissioned RCMP cars

The continued sale of decommissioned police vehicles raises questions about the effectiveness of the prohibition announced last month.

Episode 9: Too Little, Too Late

Episode 9 of 13 Hours: Too Little, Too Late, we explore the RCMP’s communication with the public and the fact that no emergency alert was issued.

Newly discovered audio recordings of police radio communications show the RCMP was worried about a possible ambush while searching for the gunman in Portapique, N.S., last April.

Episode 7: ‘To my dear friend Gabriel Wortman’ – How the Nova Scotia killer got his guns and wealth

Documents contain details of the decades-long business and personal relationship between Tom Evans and Gabriel Wortman, who killed 22 people in an April 2020 shooting spree.

In this episode, we explore what the RCMP did and didn’t do to get help from local law enforcement and the military when searching for the gunman.

In Episode 5 of ’13 Hours,’ we explore the gunman’s history of disputes and violence toward others, including attempts to warn police about his behaviour.

Two RCMP officers who shot and killed gunman Gabriel Wortman should not face criminal charges, according to a special investigation.

Online purchases made by the Nova Scotia gunman were flagged as items that could be used to facilitate ‘domestic terrorist activities.’ What did police know?

RT @GlobalRegina: Regina Police issued 16 tickets to individuals on Saturday for failing to comply with the province's public health order:…

Magrinat was one of three bystanders hit by bullets shortly before 5 p.m. on Saturday. trib.al/Fzxx7sq