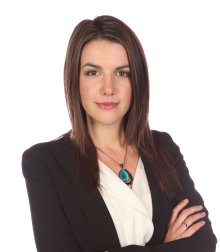 Raquel Fletcher was born and raised in Saskatchewan, and is a graduate of the University of Regina School of Journalism.

After completing her degree, she spent five months working in Ghana, West Africa as a freelance writer/photographer and reporter with Skyy News Television Takoradi.

She has been an active volunteer with Journalists for Human Rights, speaks French and loves to travel.

She joined the Global Regina news team in January 2013 as a reporter and anchor before moving to Quebec City to take on the role as National Assembly correspondent.

01:52
Canada
A cry for help from Quebec bar and restaurant owners

02:26
Canada
Quebec premier insists now is not the time to lift COVID-19 restrictions

Psychologists offer advice on fighting the January and COVID-19 blues

For many Quebecers, Monday’s snowstorm came at an inopportune time after holidays that were difficult, with many pandemic restrictions in place. How can one cope with the stress?

The government has insisted this is not its intention, but last month, it dissolved a committee that had spent years working to improve access to English services.

It’s not the place you might expect two hearts to come together, but Liberal MNAs Greg Kelley and Marwah Rizqy found love at the Quebec National Assembly.

The debate in has become particularly heated over calls for an independent inquiry into pandemic long-term care home deaths with some MNAs turning to personal attacks.

Under the proposed legislation, both the police watchdog and the ethics commissioner would be given more power to investigate more cases.

The Covid-19 pandemic and rising inflation has lead to a major increase in demand at Quebec’s food banks. Many of them are expecting visits to skyrocket over the holidays.

There are currently 9,000 databases being maintained in Quebec’s health regions. Health Minister Christian Dubé wants to eventually combine them all into one modern digital system.

The Quebec Liberal Party is redefining itself at its policy convention this weekend, talking about combatting climate change and wining back support from Quebec anglophones.

Premier François Legault rallied his troops at a CAQ party convention in Trois-Rivières geared toward preparing for the next provincial election in 2022.

Politics
November 14, 2021 8:00 am
Quebec premier tells party members to be ‘a little chauvinistic’

CAQ party faithful are gathering this weekend for their annual convention and 10th anniversary. ‘Together, we have completely changed politics in Quebec,’ the premier told them.

The health minister says he’s open to hearing ideas from family doctors on how to fix the health-care system. One unique solution has been offered at Lachine Hospital.

The Quebec war hero who has been described as the original Rambo was honoured at a pre-Remembrance Day ceremony Wednesday in Quebec City.

Election night was full of surprise and confusion in Quebec City when one candidate was declared the winner only to learn another candidate would actually become mayor.

Videos posted to social media show the sky over the capital light up before dawn Monday. trib.al/p7TzA4Y

James Snyder, who played Harry Potter in the production that takes place 19 years after the last book left off, rec… twitter.com/i/web/status/1…

ICYMI: Global News is proud to offer access to some of our best editorial stock footage, through our partnership wi… twitter.com/i/web/status/1…