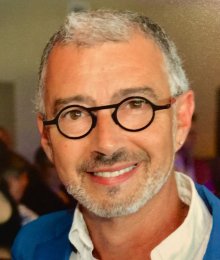 Neil McArtney is currently a producer and reporter at Global News Kingston, moving to Kingston from the Toronto area in December of 2017.

Neil began his career in 1983 as an apprentice at a small production company in Trinidad, producing TV commercials.

He then immigrated to the UK in search of a career in news broadcasting.

He soon found his first job as a Videotape Editor, at one of England’s very first cable systems, Croydon Cable.

Rising through the ranks, Neil became Chief Production Editor and then Producer of the local newscast, Croydon Today.

Upon moving to Canada in the late 80s, Neil joined CBC as an editor on The National with Peter Mansbridge.

Neil then moved to Global News in Toronto to get back in touch with his editorial roots.

He started as an Editorial Assistant and soon was promoted to evening Assignment Editor, Field Producer and finally Special Events Producer – producing everything from ‘live’ breaking news to investigative reports.

After a 6-year stint at RogersTV in Durham Region, anchoring, producing and reporting for a hyper-local newscast, Neil rejoined the Global News family in Kingston to produce CKWS News at 6 and has now moved on to reporting for the flagship newscast.