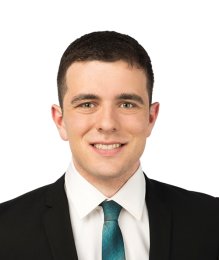 After doing production, on-air, news and even dipping his toe into the sports broadcasting waters for a while in B.C., he took a job at CKRM in Regina in November 2017.

When not at work, David can probably be found with his fellow Italians in Little Italy, loudly supporting the CFL and NHL and running around Edmonton’s river valley.