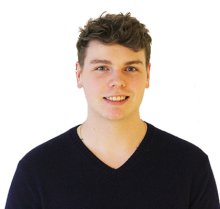 Chris is the producer of 630 CHED Afternoons with J’lyn Nye.

A graduate of BCIT’s Broadcast Journalism program, Chris’ first job in media was as a play-by-play announcer, which lead him to be the voice of international competitions including the 2016 Fencing World Cup. He was once told that he cares about Ohio State football more than his own personal well-being, which he concedes is fair.

At the Vancouver Airport weather station, it has set a new record for consecutive days with no rain at all, with th… twitter.com/i/web/status/1…

The City of Victoria has seen a notable uptick in crime over the last year, according to data released by Statistic… twitter.com/i/web/status/1…

The fire displaced more than 110 residents along with several businesses. trib.al/FgGVRXU