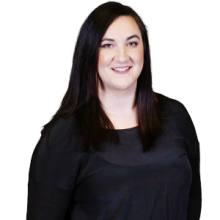 Cassandra Jodoin is the producer of Shaye Ganam.

Cassandra has been with 630 CHED and Global News Radio 880 Edmonton since early 2016. A graduate of SAIT Polytechnic in Calgary, she’d known she wanted to be in broadcast journalism since high school.

Once she got accepted to the radio, television, broadcast news program at SAIT, Cassandra had her sights set on making a career in sports broadcasting, but once in the program, found she loved the fast pace of news.

She completed her practicum in Lloydminster, Alta. in 2014 before graduating and heading out to her first job in Whitehorse, Yukon.

While in the great white north, Cassandra had the opportunity to cover a multitude of events including the 2014 Junior Men’s World Softball Championship and the Whitehorse stop on the prime minister’s northern tour.

She then moved back to Alberta in Drayton Valley where she was the news director, morning show co-host and sometimes ran the entire morning show herself.

When she’s not in the newsroom, Cassandra is out on the soccer field or the baseball diamond, or walking her sister’s two dogs, hoping they won’t notice that she’s taking them home.