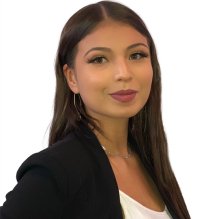 Athena Bonneau is the Indigenous Correspondent for Global Okanagan. Her ancestry includes Okanagan Syilx and Northern Cree, as she was born and raised on the unceded territory of the Penticton Indian Reserve.

Athena, who graduated from Penticton High School in 2016, is an Indigenous environmental activist. She was invited to the 2013 Indigenous Youth Caucus at the Bioneers Conference, San Rafael, Calif.

She was also invited to the Indigenous Peace Round Table held at the Mir Peace Center, Selkirk College, Castlegar, B.C., on June 19, 2016.

Athena was an observer at the Oceti Sakowin resistance camp, Cannonball, N.D., against Dakota Access pipeline in December 2016.

She successfully completed UVic’s first year Fine Arts program at En’owkin Center’s School of Writing, Penticton in 2017. Athena was awarded an international fellowship as an exchange student intern with the Cultural Conservancy in San Francisco in 2017.

Athena was an invited youth participant to a round table dialogue entitled “The Canadian Approach to Species at Risk” that convened in Cornwall, Ont., on December 13, 2018.

On her free time, Athena enjoys travelling and gathering traditional foods. Her creative expressions include etching, painting, sculpturing and drawing.

RT @globalnews: Human knowledge, innovation, and invention have opened up possibilities that once seemed like science fiction. This prompte…

RT @globalnews: A group of fathers’ casual discussion around systemic racism has grown into a grassroots movement to bring equity to educat…